Debbie visits Charity in prison and is taken aback when she compares her daughter’s relationship with Ross to her relationship with Cain. Debbie returns and Cain is left horrified when she tells him that she’s leaving with the kids and Andy is left devastated when she gives him an ultimatum. As she’s about to set off, Ross spots her. Will he let her leave and take all the kids with her?

​Chas fakes a hangover so she can meet up with Gordon but she’s left shocked by what Gordon tells her. They share their experiences about life after their split but is Gordon being honest? Chas surprises herself when she kisses Gordon but how will Aaron react if he finds out his mum has seen his dad?

Laurel’s taken aback when Ashley suggests they look into care homes. Emma reassures Vanessa over the mark on Johnny. 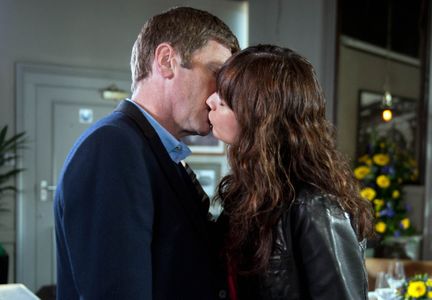