Lawrence and Ronnie are shocked to discover Lachlan’s been beaten up twice in prison. They think Cain’s behind it but Rebecca convinces them Cain’s just bluffing. Incensed Cain ups his threat levels by taking a trip to visit Lachlan in prison,telling him to take his advice or die.

Hungover Chas and Charity head to the B&B because Chas has heard there’s loads of rugby players in, but it turns out not to be what they hoped for. However, Charity’s business mind soon starts whirring.

Finn’s feeling down awaiting Kasim’s call and Tracy tries to cheer him up but will it work? Jai apologises to Frank, admitting he was too quick to judge him. Frank confides how Megan won’t give him a second chance but can Jai help change that?​​​ 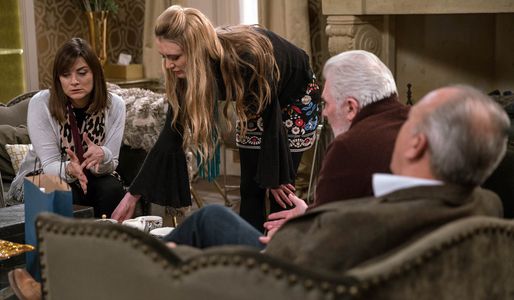