Marlon is annoyed when Donna pressures him to spend time with April and asks her to leave. Later, he watches Donna leave but is caught off guard when April approaches him. Although Donna whisks her away, it’s clear she’s had an affect on him. Still conflicted, Marlon stops the car and Donna becomes light headed, leaving Marlon to look after April as she goes to the hospital.

Megan’s disappointed when Jai stands her up but still manages to see him whilst aggravating Charity. Declan is oddly calm about the situation, unaware that Megan is going out with Jai.

Vanessa hands Dom a letter that angers him, and seeing Cain only infuriates him further and he tries to start a fight, leaving Harriet to intervene. What was in the letter?
​
Elsewhere, Adam takes Katie to a posh restaurant. Georgia is hurt to realise Priya wants David to visit but not her.

Marlon warms to April and tells Donna to stay in the village so he can get close to her.

News settles of Gemma’s organ donation, and Harriet tries to help Dom see the Dingles are also grieving for Belle’s future. Her efforts to comfort him are misjudged when he tries to kiss her, but how will she react?

Adam’s plans to impress Katie fail when his card is declined at the restaurant, and the pair has to make a run for it.

Elsewhere, Charity and Declan find Jai and Megan kissing. Declan tries to convince his sister Jai is using her.
​
Frustrated, Megan admits to Charity that she gave Jai the files and Declan knew everything. 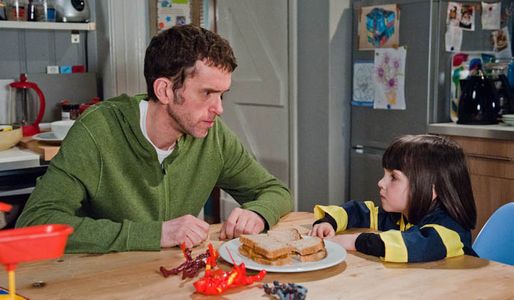