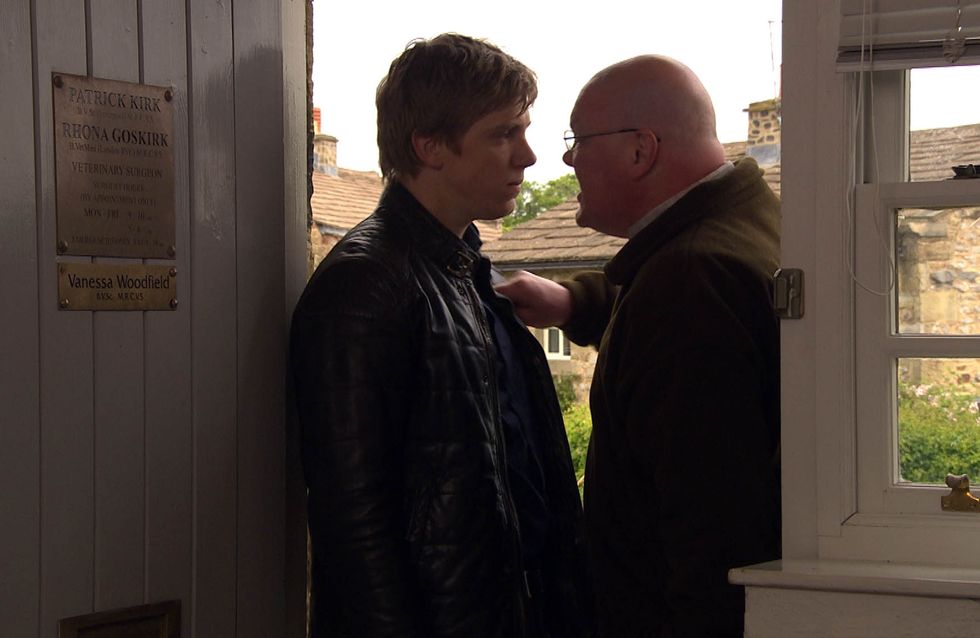 Chrissie’s still suspicious of the note, Robert reminds her of her own cheating. Will the truth over what Robert did surface?

Vanessa confides in Carly about Rakesh paying her off in order to keep Kirin at bay. Carly realises Kirin must really love Vanessa for Rakesh to have to do that and asks Vanessa if she feels the same. Vanessa goes to find Kirin and admits it was Rakesh who gave her the money. Once home, Kirin packs his bags, fuming at his father. He is moving back in with Vanessa. Once there they discuss their future. Kirin insists he loves her but can't deal with raising Adam’s child. Meanwhile, Priya suggests Rakesh should come clean and tell Kirin he’s actually the father.

Tracy twigs Rodney’s aware of her past career and is ashamed leaving Jimmy concerned for her. Jimmy comforts her as she worries the village will find out. Promising her they won’t, Rodney fumes at Jimmy’s kindness. Alone, Tracy thanks Jimmy for defending her. Is Jimmy aware what is on Tracy’s mind?

Distracted Ross covers his anger whilst he listens to Pete talk about his night with Debbie. Struggling to listen to them plan their wedding, he gets up and goes. Debbie watches him leave and is left wrestling with her mixed feelings. Later, Ross leaves Debbie floored when he tells her he’s ending things with Carly to be with her… Ross receives a text from Charlie reminding him of his final payment, tomorrow. Bob worries over his debts, so a desperate Carly turns to Ross for help.