James tries to convince Moira that Adam is only protecting her from seeing him in prison but she is unconvinced. Later, Aaron tells Moira he wasn't allowed to see Adam because he'd been involved in an altercation with another prisoner.

Dan tells Ali and Ruby about the wake. Ruby realises Dan and Ali have kept a massive secret from her for months. When Jimmy's appears troubled by thoughts of baby Carl, Rodney suggests he needs to speak to Nicola. 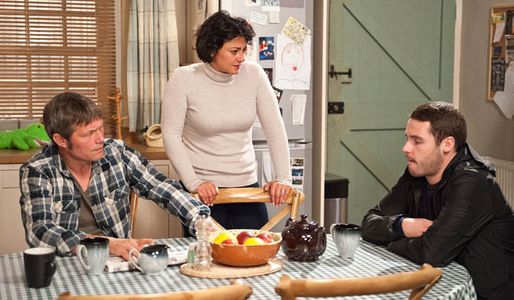