Belle is nervous over her first day back at school. Lisa is worried telling Laurel how Gabby gave Belle a hard time this morning and Laurel promises to have a word with Gabby. Lisa is beside herself with worry when she learns Belle never got to school. Meanwhile, Belle's alone at Gemma's shrine and gets angry when Chrissie’s son Lachlan arrives and his dog tramples over it. Lachlan quizzes her over Gemma’s death and Belle can’t cope. Later, Lisa is concerned to see Belle has dyed her hair dark. Later, a panicked Lisa reaches for her angina medicine as she worries over Belle’s future.

Lawrence is worried Andy will tell Robert about his plan. Andy is frustrated Robert is still managing to get to them and is determined to get away from him and Home Farm before it's too late. But later Andy is concerned to see Lawrence is already embedding himself in the community. Andy is surprised when Lawrence makes him a no strings offer.

Alicia tries to get Noah and Jacob to bond again but Jacob isn't keen. Noah later makes fun of Jacob who is put under pressure to misbehave. Ashley is surprised to find himself flirting with Harriet and hopeful when Harriet admits she enjoys spending time with him. 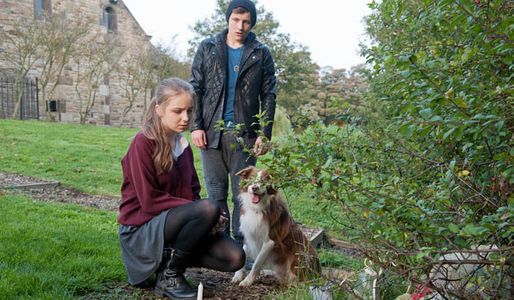