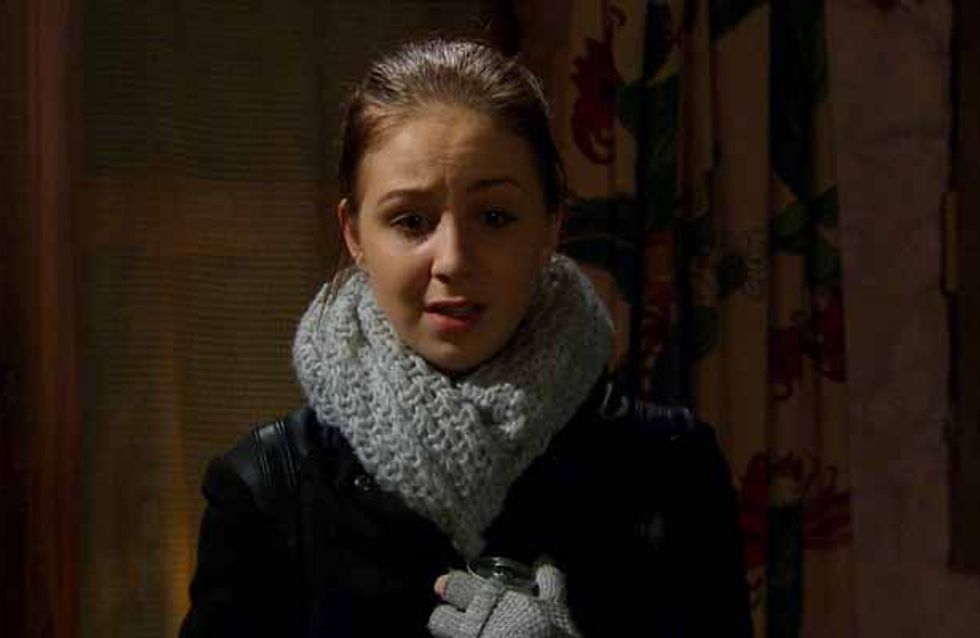 Lisa tries to hide her concern as Belle pretends to take a pill but discards it. At the factory, Lisa has a small attack of angina and Priya sees she's overexerting herself. Meanwhile, Moira finds Belle struggling to come to terms with what has happened. At home, Belle watches as Lisa gets of breath and has to take her spray. Belle struggles to hide her emotions but that night, Belle creeps downstairs in the dark, with a bag over her shoulder. She doesn't want to leave but ‘Gemma has’ left her no choice....

At Butler's, James tries to reason with Finn, trying to get him to give Emma a second chance but he's undecided. Later, Finn's amazed James could forgive Emma so easily but will James manage to talk Finn round and will he be willing to give his mum another chance?

Lachlan relishes the attention Alicia is giving him much to David’s despair. Val has a go at Adam about the scrap yard. 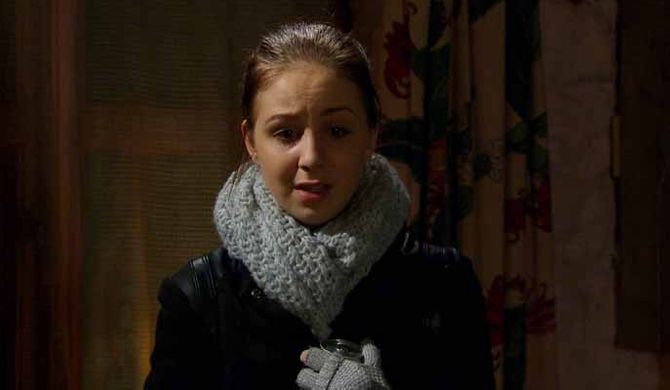