Aaron’s sceptical about Chas’ holiday with James while she’s more worried about leaving Aaron with Robert. Chas struggles to find her passport and texts James to warn him. Meanwhile, Cain warns James not to mess his sister about. Finn’s suspicious about his mother after finding a photo but will he work out she is also behind the missing passport? Meanwhile, it’s all too much for Chas who leaves James disappointed.

David’s concerned Alicia is letting Lachlan get to her again while Alicia worries Belle could be Lachlan’s girlfriend and shares her concerns with Lisa. Belle denies it but Lisa warns Belle, Lachlan doesn’t deserve forgiveness. After Harriet refuses to help Alicia discover who Lachlan’s girlfriend is, Alicia takes matters into her own hands..

Chrissie is still shutting Robert out but after talking things through with Andy, Robert tries to make progress again with her. But will it work? Laurel refuses to listen as Doug berates her for her behaviour yesterday and despairs when she goes back to bed. Marlon asks Doug and Ashley to walk away from Laurel but can they? 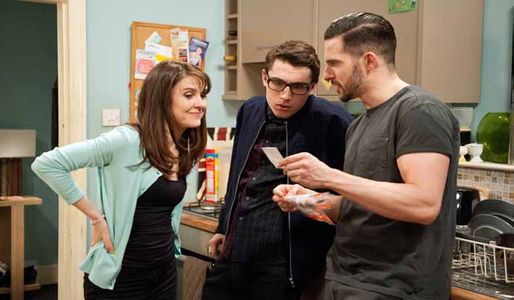