Still in shock, Laurel asks Donna to stay for a cup of tea. When they start to discuss her illness, Laurel’s in for another shock when Donna asks her to be April’s mum. They spot Ross watching from across the street, an unwelcome reminder of Donna’s secret life. When he asks her why she didn’t come to talk to him, she snaps, leaving him hurt.

Moira is secretly pleased when Cain informs her about the offer to Andy but her hopes are dashed when she tells him how grateful she is, only to receive a shrug from Cain in return. Bernice tells a weary Andy he shouldn’t let Cain buy him off and when Adam arrives and tells him he’s not moving, Andy makes a grab for him and hurts his arm in the process.
Dan’s struggling having his popular brother around and seem to be the only one who doesn’t buy into Daz’s exalted status when he’s admired for completing a 10k run and helping David with the shop’s security. However it’s Daz who’s left annoyed when Dan interrupts to show off that his marriage proposal has made it online. 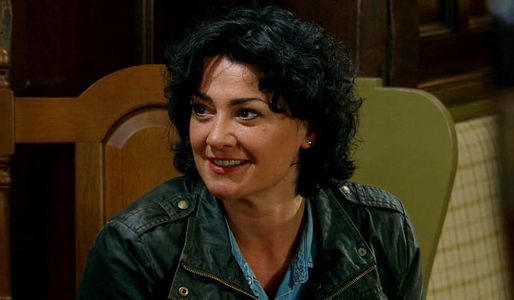