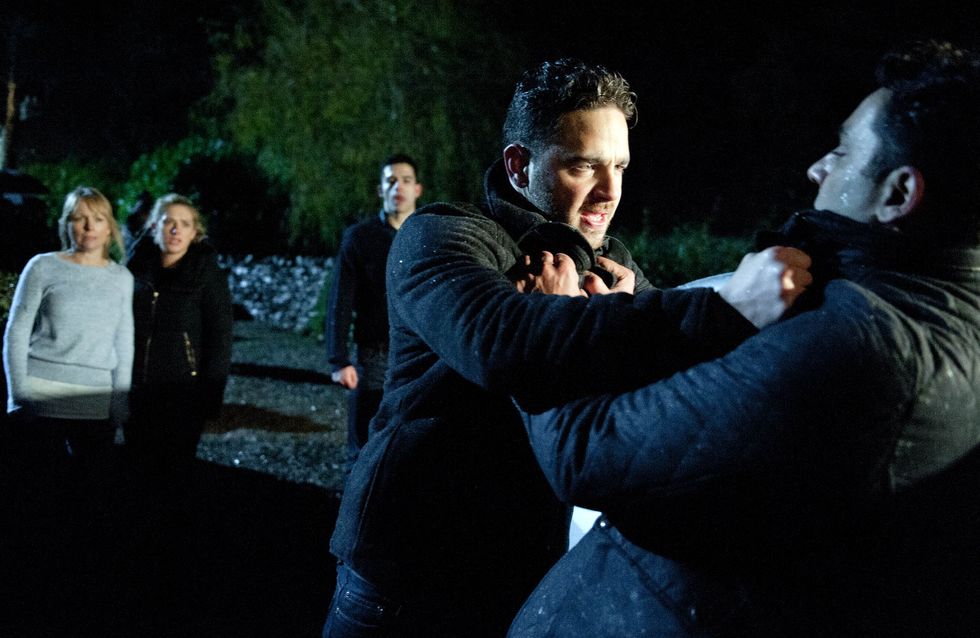 Moira’s upset Cain's avoiding her and it's clear he blames her for Debbie leaving. She's glad she has Pete to talk to but he struggles to fight his feelings for her. Later, in the pub, Pete says Moira Is going through enough without Cain giving her a hard time and Cain's left seething when Pete suggests he should start acting like a husband. Back home, Cain tells Moira about Pete mouthing off and she tells him she used to think they could get through anything but she's not so sure anymore. When Cain leaves Moira throws a mug at the door. Moira tells Pete she's glad she has someone fighting her corner and he's happy when she suggests they have a beer together. Moira gives Pete a peck on the cheek but Pete can't resist and kisses her properly on the lips... how does she respond?

Rakesh thinks he's lost his son forever but Priya insists being truthful with Kirin was the right thing to do. Adam's determined to find out why there was a mix-up and is stunned to discover Rakesh was responsible. Adam insists he'll make him pay for it and storms out. Vanessa can't believe Priya knew the truth all along as Rakesh insists he was just trying to protect Kirin and he will do whatever it takes to make things right. Soon Adam can't help himself and punches Rakesh square in the face.

Zak lets himself into the Dingle's and is concerned to see Alfie the dog isn't well. Soon Belle and Lisa return home and are also concerned so they all head to the vets, united in their worry. It is not long before Zak is left feeling alone as he watches his wife and daughter drive off.

Jimmy tells Bob he'd love to see Elliot. Nicola tells Jimmy she is planning to get back everything Jimmy has lost. 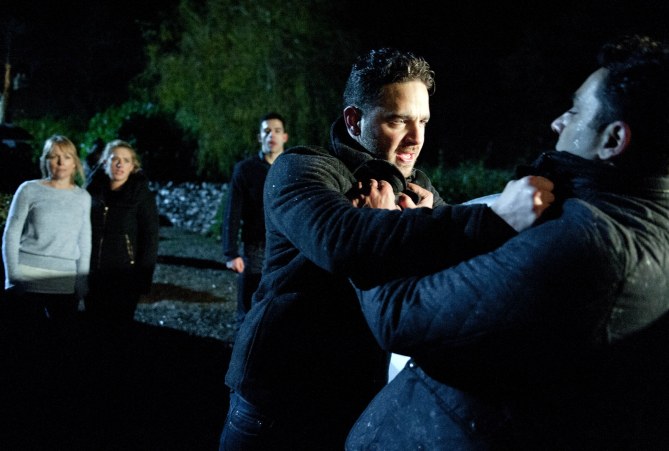