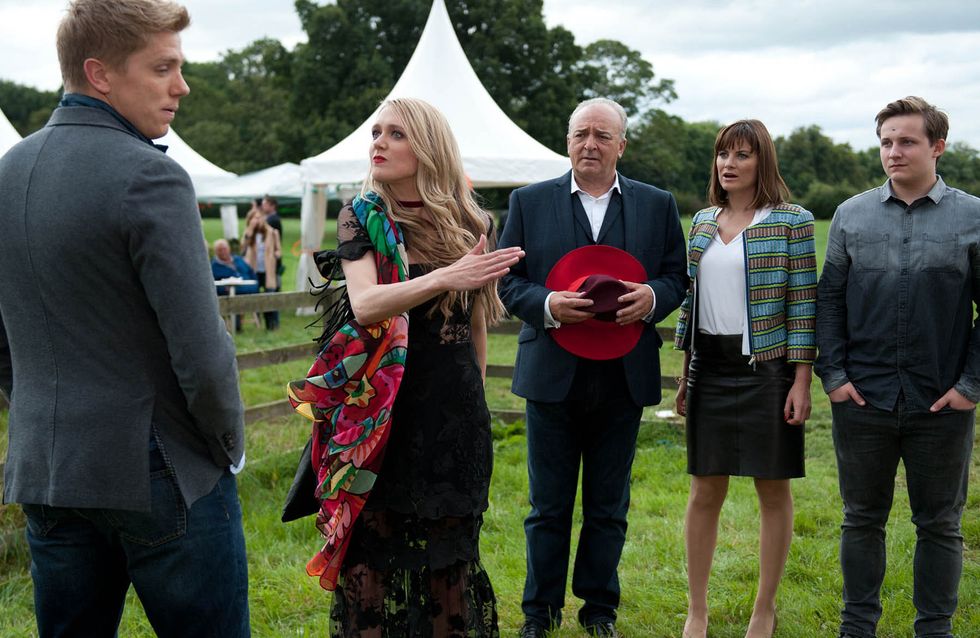 Rakesh is devastated over last night's events but is even more disturbed to find out Mill being repossessed. Chrissie’s disturbed to see Priya has spray-painted ‘whore’ on her car but Priya’s the one left rattled when Chrissie darkly warns her to get Rakesh out of her life before he really hurts her. Meanwhile, Rakesh’s credit card is declined at the B&B. A desperate Rakesh checks his life insurance but what is he planning?

Chrissie hopes the Dementia event will be good publicity but Laurel worries for Ashley’s nerves. His radio interview goes well but as he begins his speech he’s interrupted by a helicopter approaching. Ruining Ashley’s speech but arriving in style, outsteps Rebecca. Chrissie’s sister. Rebecca immediately spots Robert and slaps him on Chrissie’s behalf. Chrissie’s pleased to have someone in her corner but will Chrissie learnRebecca isn’t as loyal as she thinks?

James reassures Moira that Ross won’t tell Emma about their fumble butEmma sees them from outside and simmers silently. Telling James she’s been given permission to nurse him at home… Elsewhere, Paddy asks for Rhona’s help on a call out but she doesn’t want to be alone with him.​​ 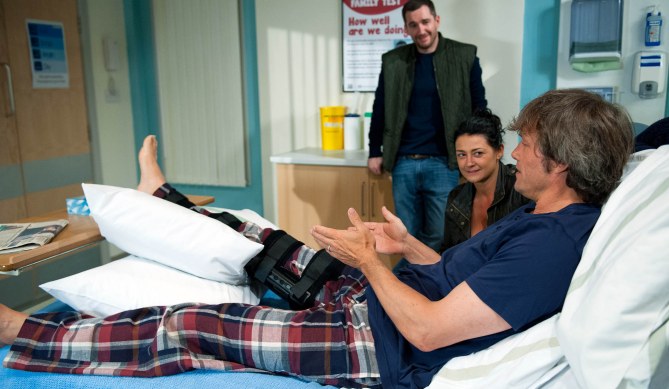