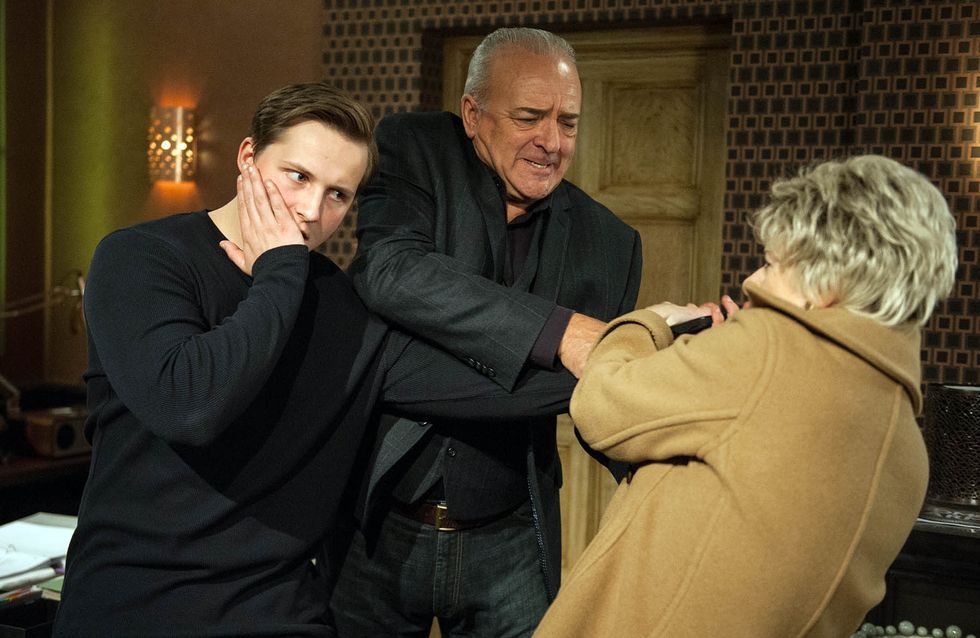 At Brook Cottage, Chrissie gives Doug, Bernice and Diane an eviction notice and Diane’s guilty when Chrissie reveals to them all she threw a brick through their window. Doug tries to reason with Chrissie, but goaded, Diane shouts at her and Chrissie announces they have seven days to get out. Up at Home Farm, Diane warns Lachlan lies will eat at him if he doesn’t confess. Lachlan films Diane on his phone and goads her till she smacks him. Has Diane gone too far this time?

When Jai leaves his contracts behind at the office, Kerry’s cogs start turning and she dresses up and takes them to him at the Woolpack. George, the client, praises her and invites her to join them and Kerry’s chuffed to be taken seriously. She makes a suggestion for a product and George decides he wants to do the deal with her. Jai’s reluctant but can a tipsy Kerry seal the deal for the Sharma’s? Meanwhile, Jimmy persuades Nicola to go on a Spa break alone. 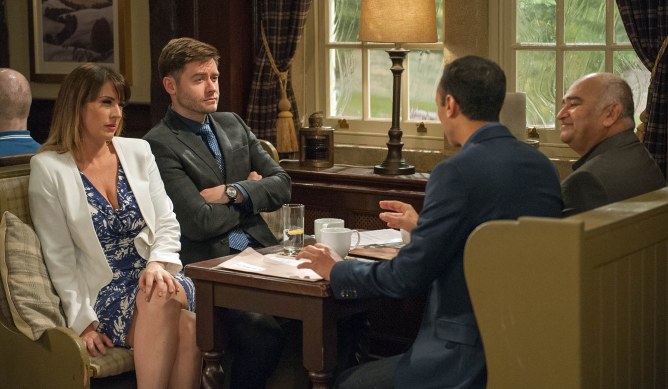