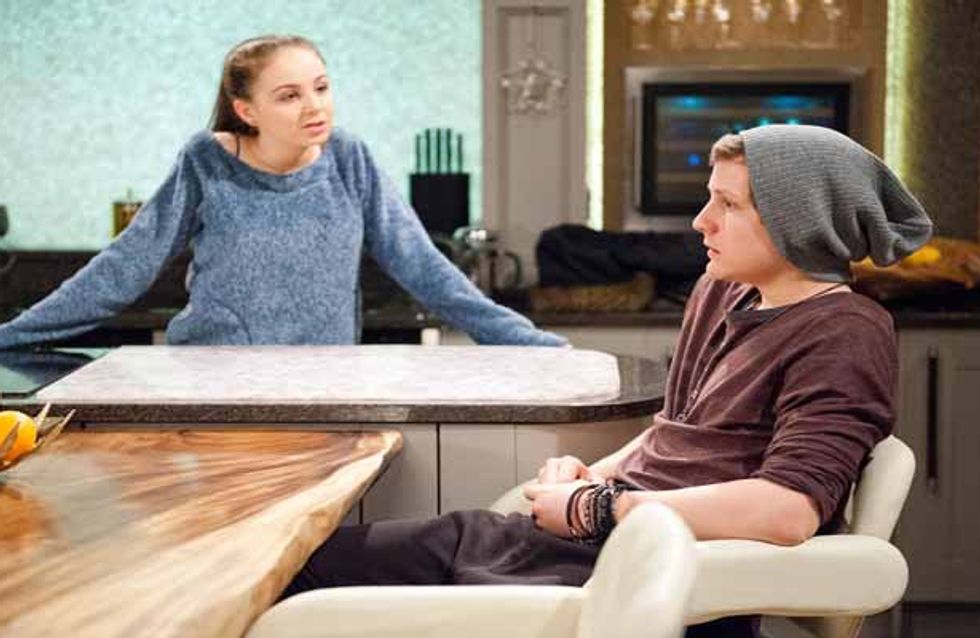 On a mission, Belle watches Edna's house; Harriet spots her and notices her troubled air. Belle looks at Edna malevolently. Back home, Belle hunts around for a sharp object. It is clear Belle is on a mission to cause hurt and damage. Zak and Lisa return home and Belle is alarmed they have arranged for her to speak with a doctor. Belle struggles as she talks to Dr Cavanagh who suggests counselling but Belle remains defiant, refusing to speak to anyone. In the village, Belle makes an outloud promise, she won't go to counselling and that she will teach Edna a lesson. Belle, who is clearly struggling under the pressure, fascinates an intrigued Lachlan. Later, Belle watches Edna and follows her home, creeping in after, unseen. But does Belle’s plan go ahead?

Jimmy and Nicola are excited about the pregnancy but a lonely Bernice can't help feeling envious. Despite Jimmy's reassurances, Nicola is furious to be considered an elderly mum-to-be after her visit to the doctor. However, Bernice has a brainwave and purchases fake pregnancy bumps for them all to share Nicola's experience. Nicola is shocked to arrive home to Bernice and Jimmy in full sympathy mode.

Ashley can see Harriet is upset with the court case result. David’s reluctant to continue with football club but soon the pressure to keep it going mounts. Finn and Victoria bond over their disastrous love lives and agree to attend the wedding together. As they write each other’s online dating profiles they make a pact to marry each other if they are both still single at thirty. Moira has news about Adam’s release.

Edna is shaken following the burglary. Alicia and Harriet are suspicious of Belle. Meanwhile, at the Dingle's, Zak and Lisa insist Belle still considers counselling; but secretly, having burgled Edna, Belle thinks everything will be all right now. However, she is alarmed when Lachlan sends her an incriminating photo. At Woodbine, Edna refuses to call the police, scared she could implicate Belle. Belle's nervous when she finds Lachlan with Zak and Lisa and forced to hide her alarm, wondering what game he's playing. Later Belle offers Lachlan a deal if he deletes the photo, shocking even herself at the lengths she is prepared to go to.

Val grows jealous of Doug's local celebrity status while Victoria and Finn grow tipsy as they search for men online. A drunken joke about getting married causes Victoria great embarrassment when she lunges to kiss Finn, misreading the signals, leaving her mortified.

Andy arrives at Mill and is shocked to see Bernice with a baby bump. Naughty Bernice lets him believe he's the father of twins and he's left dumbstruck. But later her trick backfires when Andy learns the truth.

David and Pete train the kids’ football club but David's left privately gutted when they all take a shine to Pete over him. Harriet's touched by Ashley's concern as she struggles with her future prospects. Ross asks Moira if he can move back into the farm but she refuses. 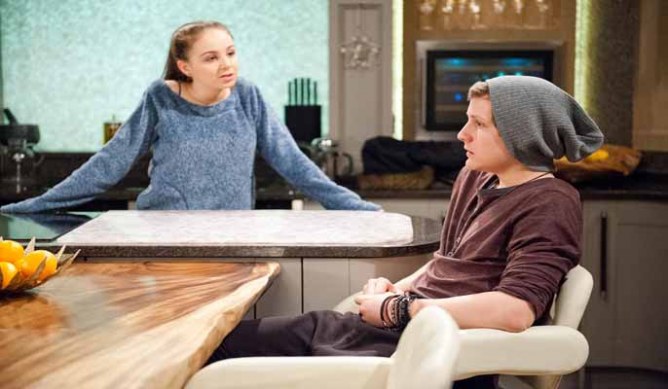