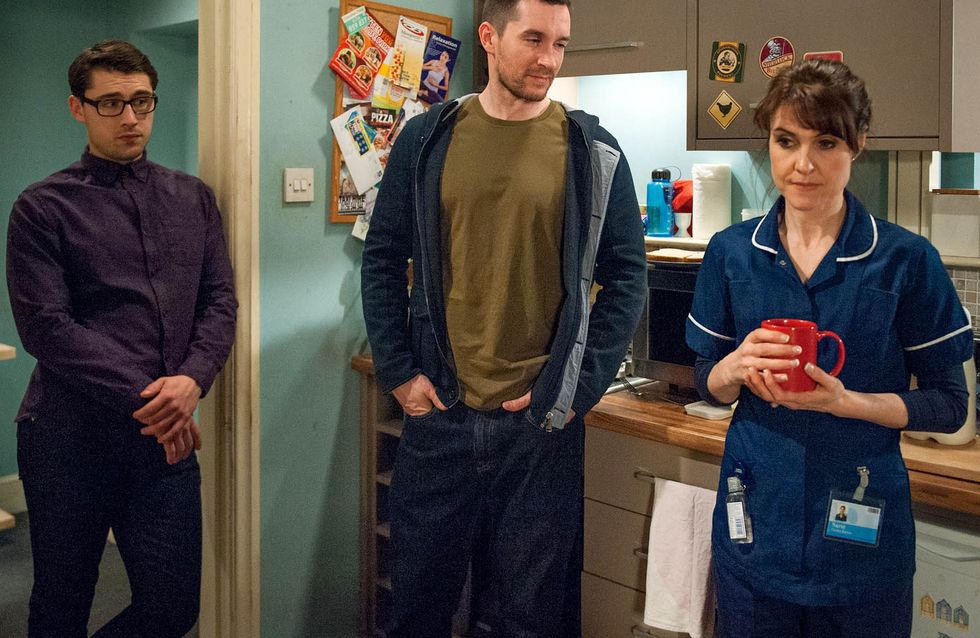 Emma is trapped when Finn insists he and Pete accompany her to the doctors for her test results. Pete insists to Finn that Emma's not lying about her illness, though Finn remains unconvinced. At the doctors, Emma squirms but she's saved by Belle arriving. How will Emma get out of this one?

Liv begs Gabby to cover for her whilst she defies Aaron and goes toGordon’s sentencing. Chas gets a call to say Liv's not at school and Robert says he'll go to court. At court, Liv tells Robert she needs to see Gordon get sent down and Robert understands, suggesting he tell Aaron her reasoning and there's a thawing between them. Aaron arrives and gives Liv a hug, adamant he's going in with her so she doesn't have to face Gordon alone. Gordon receives his sentencing but Aaron’s left confused when his dad mentions the letter he sent to him. How willRobert react?

Rakesh admits to Priya that Cain kidnapped him but is adamant they don't go to the police.Belle tells Bailey they can't carry on their affair because of her family. She is heartbroken as she tells Cain she's ended the affair. Doug’s relieved when Diane finally decides she's signing the pub over. ​​ 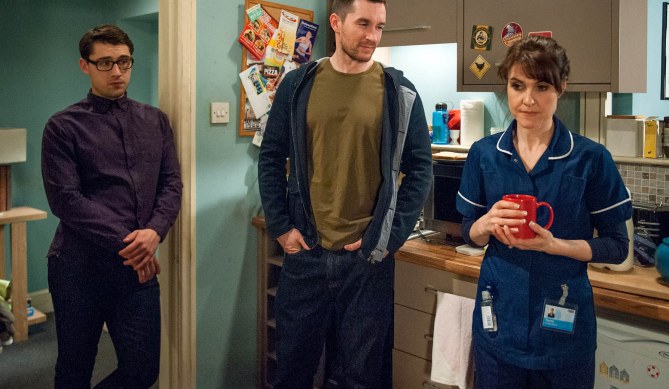