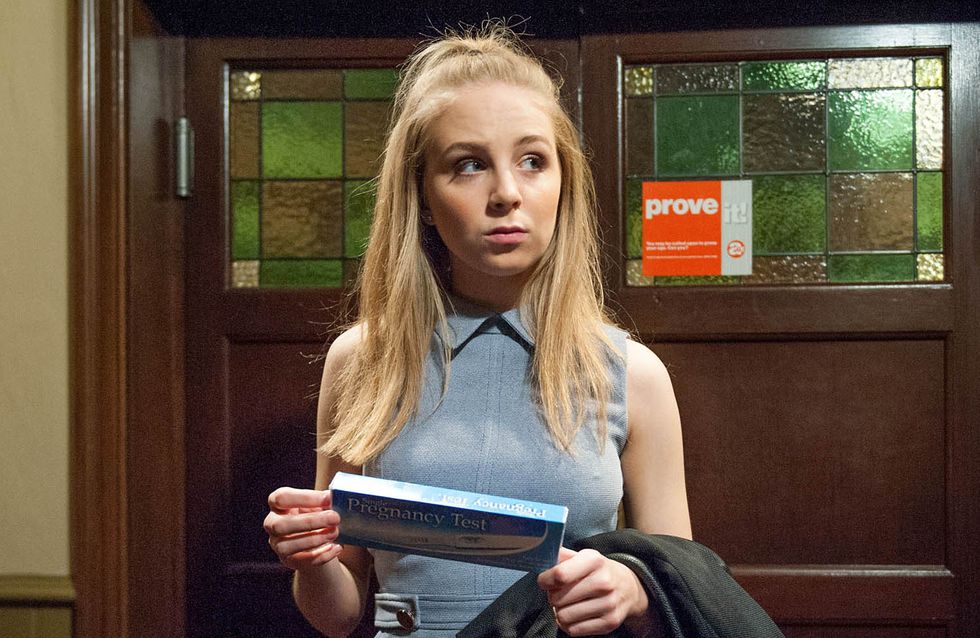 Moira covers to Cain as he leaves for France but she’s furious atHolly’s lies. She’s in for another shock when Holly tells her there’s worse and Moira’s devastated to learn she arranged the van theft. Wanting to protect her daughter, she tells Holly to keep quiet to Victoria but admits they need to tell Adam. Moira has a choice but will she decide to put Adam first or Holly? And can Moira help her struggling daughter go cold turkey?

Tracy’s close to tears about being homeless and Diane has to stop her booking a one-way flight to Ibiza. Diane lures Tracy and David to the B&B Office and locks them in. They bicker and David tries to call Leyla for help but Diane’s already put the word out to ignore their pleas. David helps Tracy climb out the window, but can’t help looking at her bum and they’re soon laughing in each other's arms as she falls back into the room. Things soon turn steamy between the pair, much to the delight of Diane who’s listening outside.

Belle feels guilty for putting Bailey through so much trouble but here assures her it’s worth it. Belle does her pregnancy test but is it the result she hopes for?

Lawrence offers to take Bernice for a romantic night away. Looking at the package of erectile dysfunction pills, he’s determined this will solve his problems.​​​ 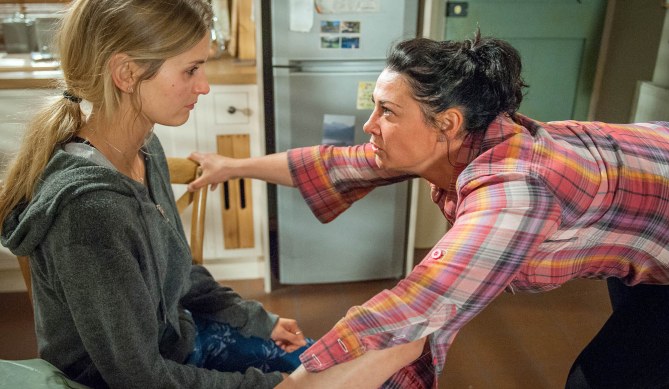