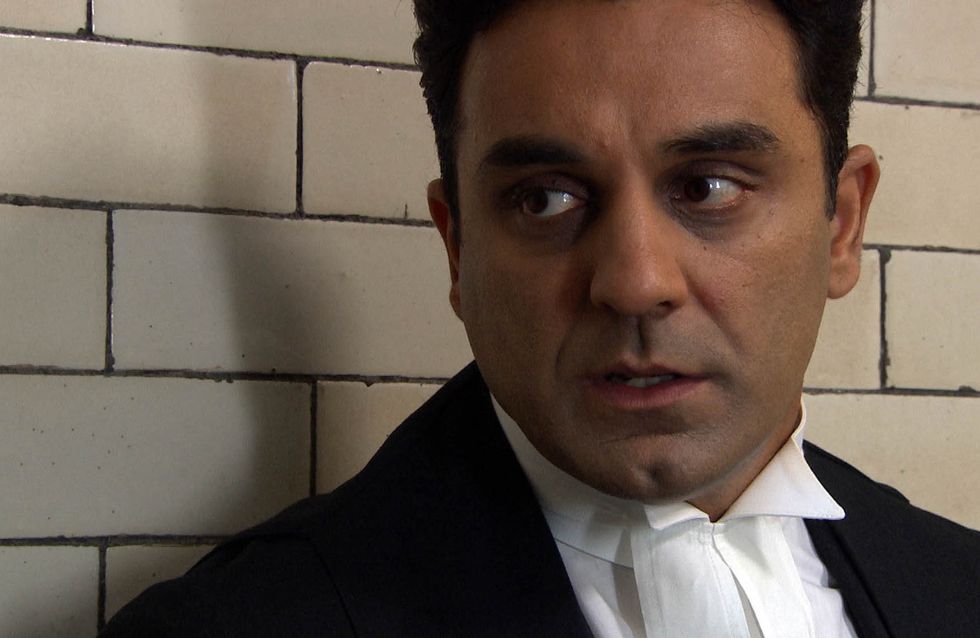 Having backed Rakesh into a corner, Chrissie bribes him that she will buy the Mill development if he ensures Andy is convicted. Lawrence worries the plan will fail but Chrissie reassures him and he’s left troubled by Chrissie’s cold attitude as she continues to stir and machinate.Meanwhile, at court and feeling profoundly guilty, Rakesh advises Andy that he should plead guilty, but will it work? Andy takes in the place in the dock and makes his plea...

David asks Tracy to meet with Leyla and Megan to look at reception venues for their wedding. But at the meeting, Tracy gets tipsy and annoys them both. Meanwhile, David uses the time to sneak to the prison to see Tracy’s Dad. Frank appears friendly and is pleased David wants to help him repair things with his daughter, who he calls ‘Teenie’. David’s shocked to learn he’s up for early release.

The family do their best to change Lisa’s mind. Moira asks Holly to take Cain his clothes so she doesn’t have to see him. Holly finds him later in the pub and tells him he’s addicted to hurting himself. She tells him Moira will be in there later.

In court,Andy’s outraged as he’s led away. Guilty Rakesh visits Andy in his cell and is sickened whenAndy tells him he can’t go to prison because Chrissie will crumble. What will Rakesh do?

In the prison, David’s alarmed to learn Frank wants to stay with his daughter and has sent her letters. He informs David he’s in prison for assault and asks him to get his daughter to reply to him. Tracy is shocked and upset to learn he’s been to see her Dad and unsettled to learnFrank is getting out and tells David he’s been played. Meanwhile at the Woolpack, Vanessa’s confused by a call she gets.

Ellie torments Belle, while Bailey urges her to get a Doctor’s appointment concerned she isn’t herself. Holly’s plan to reunite Cain and Moira fails.​​​​​