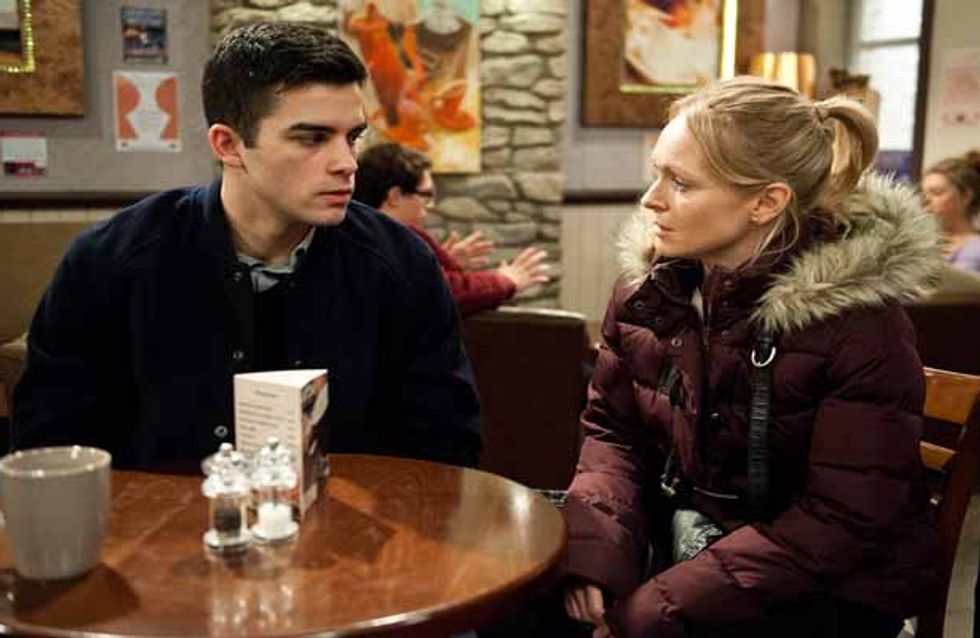 Things are going well for Vanessa, Paddy is considering her business investment whilst Rhona tells her Kirin has booked her the day off so he can treat her. Vanessa shows Kirin a flat she's going to view, saying if she moves in he can stay as much as he wants but as the pair kiss on the sofa, Kirin freezes, telling Vanessa he has just felt a lump in her breast. Vanessa's mind races as she goes to see the doctor and Kirin says he will stand by her but will he?

Pollard's concerned for Val. Darren the nurse arrives with flowers for her and Victoria tries to set Finn up with him but soon it backfires. Meanwhile, Val confides in Diane about the side effects of the medication and later spits out her pill, leaving Pollard concerned…

Carly's still in her wedding dress and asks Bob for a loan but he refuses. He tells Brenda he wants to keep Carly in the village but she's unconvinced it’s a good plan. Carly parks up her van in the village and Marlon and Bob watch as she and April are entrepreneurial as the both try and sell goods to any passers-by…

Lisa's excited about Belle coming home tomorrow, however Rachel worries about her return. Sam struggles when Rachel says she doesn’t want Archie near Belle. Lisa snaps and tells Sam to work out where his loyalties lie.

Jimmy's left thoughtful when Bob lists the advantages of moving to Dubai. He later agrees to move if he can get someone to cover his business and Nicola can take a sabbatical but Lawrence insists he can't keep her job open.

Chas wonders why Aaron's doing so much running, questioning if he's really over Robert, whilst Diane plans a family meal to discuss Andy. Robert thinks they should let Andy and Tracy’s relationship run it's course but is Aaron back on Robert’s mind? 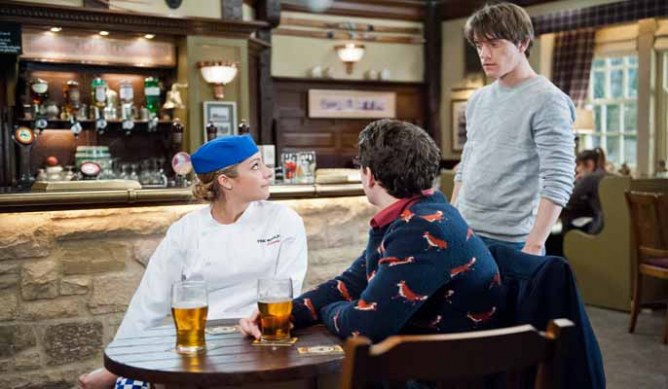