It’s the start of Gordon’s court case and Aaron is due to take the stand. Robert is stung when Aaron tells him to steer clear and Chas tries to reassure Aaron. As the case begins Aaron struggles for composure as the prosecution pose their questions to him and he struggles for confidence as he faces Gordon. Getting grilled by the defence, Aaron soon feels backed into a corner. Outside, Cain tries to stop Chas talking to Gordon as she's risking the whole case but she's determined. Soon Chas is even more rattled.

Megan prepares for the Christening as Leyla tries to keep her calm. Priya tells Jai he should ignore Megan and attend anyway. Outside the church, the small number of guests alarm Megan and she feels pressured to let Jai attend. When things go wrong at the service Megan rushes away. Later Harriet has some wise words for her. Elsewhere a scared David agrees to let Pollard accompany him to his appointment. 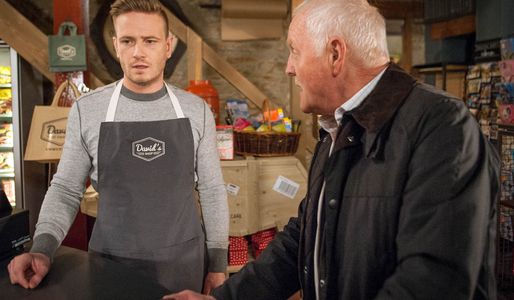