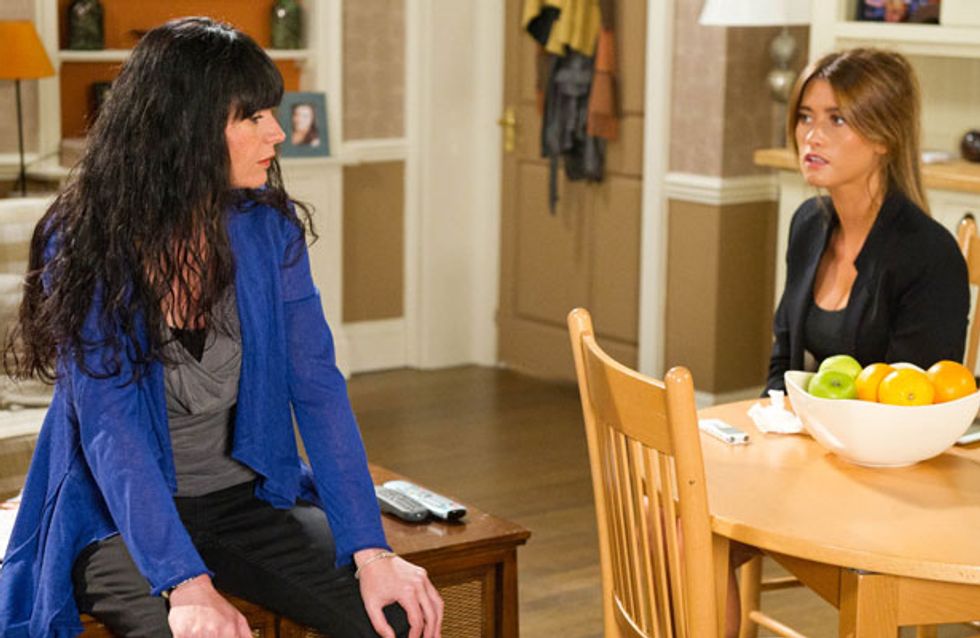 Debbie's in a spin - she doesn't know what to do next. She tells Cameron she has to pick the kids up, relieved to get away from him. She arrives at Butler's farm and is horrified to realise Cameron must have set Alex up for the murder.

She listens to the dictaphone over and over and makes a decision to talk to Chas - but will she believe her?

Meanwhile, Cameron sets up the dinner table and smiles as he looks at the engagement ring he's bought for Debbie.

Elsewhere, Ali realises the baby issue isn't going to go away. She's given food for thought when Rachel asks her if she's really going to deny Ruby the opportunity to be a mum.

Also, Nicola's grateful to Bernice for not telling Jimmy about her kiss with Steve.

Chas reels as she realises what Debbie is saying. But as she listens to the dictaphone again, Debbie's story starts to ring true.

She shouts at Debbie, thinking she was a part of it all too. Chas is stunned Debbie knew Cameron killed Carl and kept quiet. A furious Chas tells Debbie to get into the car - they're going to the police. But will they report him?

Meanwhile, Cameron searches for Debbie, attempting to hide his unease as he leaves her a voicemail.

Elsewhere, Charity gets into Cain's car in a disguise and as they arrive at the hotel they see Miles - a perfect target for their scam. Cain disappears as Charity works her magic on Miles - but she's unaware Jai's just walked into the hotel. He leaves her a message telling her to get to the hotel - he's booked them a room as a surprise.

Also, Ruby and Ali decide to have a baby. 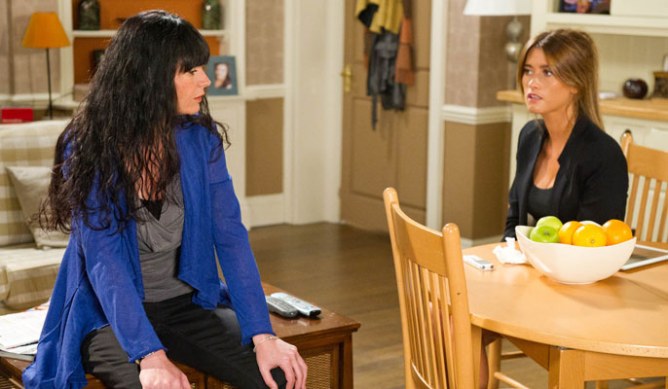