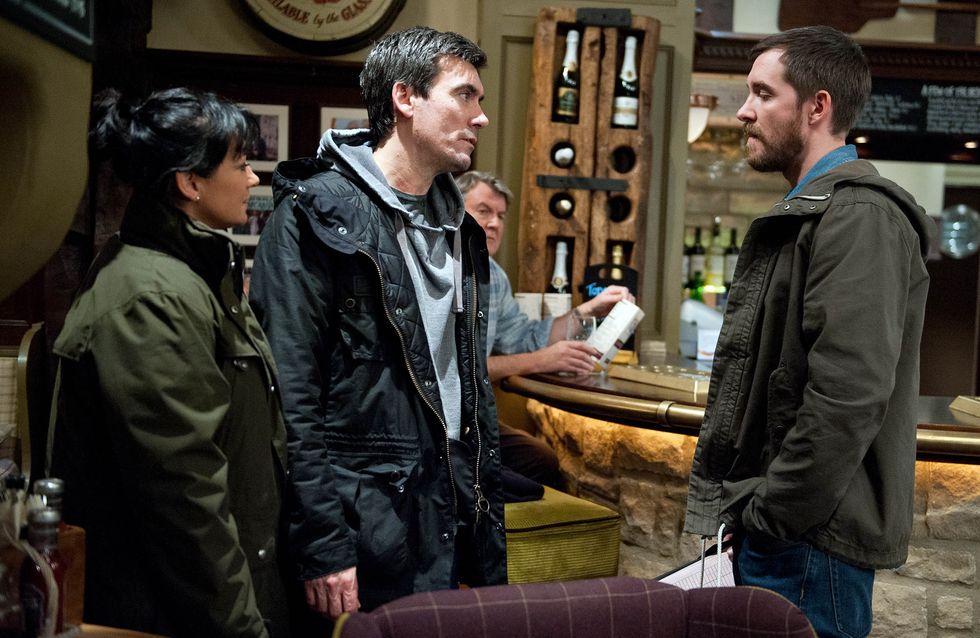 Cain's thrown when Moira tells him Pete made a move on her and she says it was a mistake but he senses there's more to this than she's letting on. Moira braces herself as Cain darkens. He's aghast when she tells him Pete's been there for her when he hasn't and he storms off. In the pub, Cain warns Pete to stay away from his wife and Ross guffaws at the idea of his brother making a move on his aunt. Finn despairs to see Pete look so beaten. Pete blames himself for the kiss with Moira and thinks that he's no better than Ross. Finn's left deeply worried when Pete says that he just wants out but what is his plan?

Chas persuades Lisa to have a liquid lunch with the girls by reminding her she needs to go out and grab life. In a bar, the girls are having cocktails and Lisa's tipsy. She spots Brian from the factory who offers to buy her a drink. Drunk, she starts to dance with him but she becomes stressed when he invites her out to dinner. Rhona realises she's having an angina attack.

Kirin asks Priya why she went along with Rakesh's plan to change the DNA result, pointing out she's equally as bad for defending him. Priya later moves out of Mill and tells Rakesh she needs some space to work things out.

Jimmy's gobsmacked when he sees Elliot and surprised when Bob asks if he can look after him indefinitely. Nicola can't hide her horror at the prospect, but Bob's relieved when Jimmy agrees. 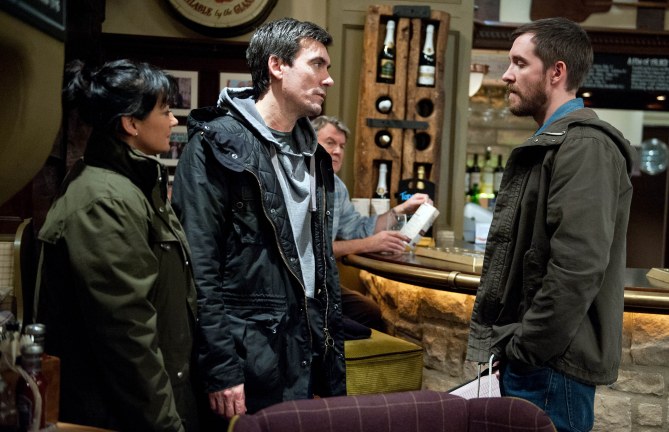