Emmerdale 12/7 - Belle's lies are catching up with her 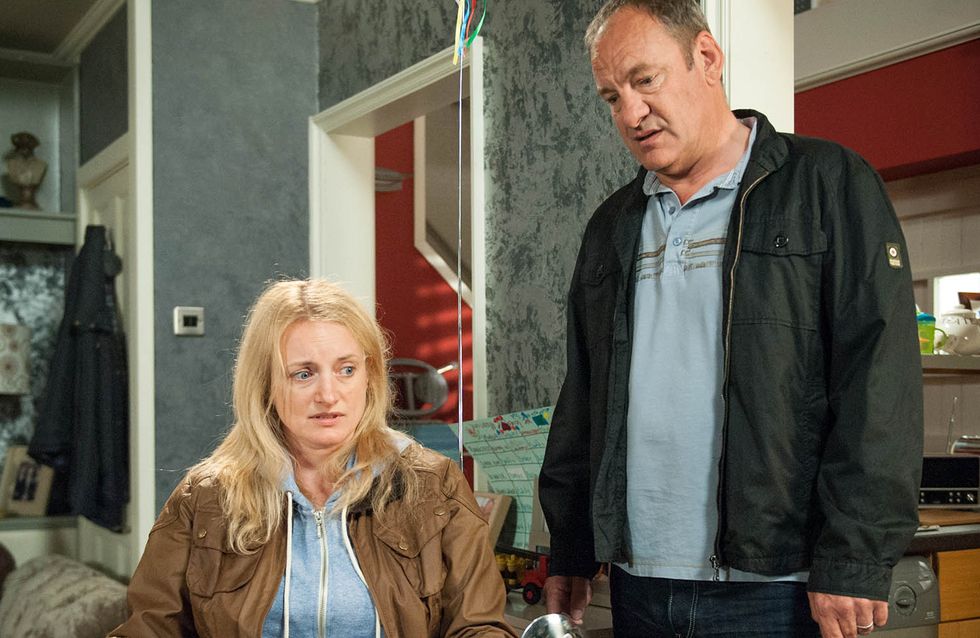 Zak and Joanie are pleased but daunted when Lisa invites them for a family meal with Bailey. Meanwhile, Charity’s intrigued when Angie shows up looking for Jermaine and tells Charity that Bailey’s cheated before. Worried for Belle, Charity ropes Sam into setting a honeytrap but will Bailey take the bait? Later at the Dingles’, the meal is the definition of awkwardness and Charity spots Belle’s pregnancy test. Belle worries Charity will tell Bailey her secret but Charity has another plan...

Lawrence collapses in the cafe and Ronnie runs to his aid. Andy insists on giving Lawrence a lift home and he reluctantly admits to having taken some erectile dysfunction medication. Andy thinks it’s for Ronnie leaving Lawrence offended. Bernice is worried when she learns of Lawrence’s collapse and is left even more concerned when Andy tells her about the pills, suggesting they weren’t for her. She is devastated to hear Lawrence visited Ronnie at the hospital but Lawrence begs Bernice to believe he isn’t in love with Ronnie. Alone she findsRonnie’s number what is she up too?

The seriousness of Nicola’s condition hits home when Jimmy shows her the wheelchair he’s got for her. She’s left further embarrassed when she wants to have sex with him but Jimmy can’t lift her up the stairs. Nicola soon then feels further humiliated by the situation.

Holly’s struggling with her withdrawal symptoms and Moira lies to Adam about Holly’s whereabouts. Victoria announces she’s accepted a bid for the van but Moira turns out to be the buyer saying she’ll keep the van in case Victoria changes her mind. Holly’s symptoms are getting worse and she asks Moira to lock her in, warning she’ll be gone if she doesn’t. Will an emotional Moira listen to her pleas?

David asks Tracy to move in but Jacob’s clearly envious of their closeness when they return from his chemo session. Robert’s landed a big deal transporting goods to Odessa, butJimmy insists he can’t go because of Nicola.​​​​