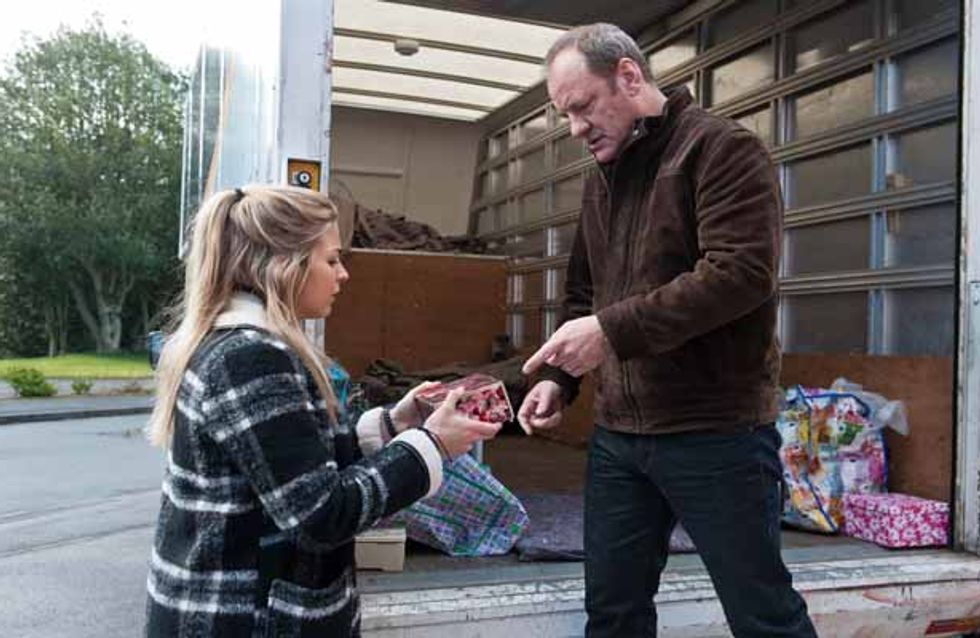 Chrissie lays into Lachlan, saying their house wouldn’t be smashed to pieces if he hadn’t goaded Alicia, disgusted when he tries to deny it. Meanwhile, David attempts to talk sense into Alicia about not moving Jacob away, but the pair are taken aback when the police arrive and make an arrest leaving Alicia floored. As news of the arrest spreads, Chrissie is staggered Lachlan continues to show no remorse, will she finally relent and make contact with Lachlan’s dad?

Carly, determined to get her belongings back from her ex, convinces Bob to let her have the day off. Carly spots Jimmy in the village and grabs the opportunity to use both him and his van. Before long Carly and Jimmy pull up outside Sunil's house and Carly attempts to get in. Before long, the alarm is going off, undeterred, Carly remains adamant she's still getting ‘her’ stuff. Jimmy lends a hand but is soon in panic mode when police sirens can be heard. Later, Bob and Brenda despair over what Carly has done.

With Sam and Rachel’s relationship under strain, Kerry tells Sam to prove Rachel wrong. Will Sam find a way to convince Rachel of his loyalty?

James ignores Emma’s digs about his relationship with Chas but later is annoyed to overhear Chas thanking Paddy for his support telling him she loves him. And Rhona’s taken aback when Emma remarks how jealous James is of Paddy and Chas. 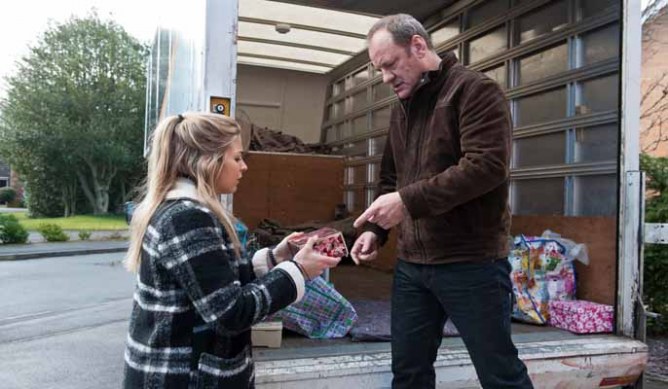