Alicia calls the police as the lads throw stones at the car with her and Lachlan trapped inside. In the car they at last talk. Later, as Alicia and Lachlan return to the village, Alicia makes a life changing decision, one that could affect the life of her family forever. She wants the family to sell up and move away.

Chas confronts Aaron about the kiss with Robert but he walks away. Later, Chas tells Paddy her concerns about Aaron and Robert and Paddy's thrown when Chas suggests Aaron live with him and Rhona until Robert's moved out. However, they're thrown when Aaron decides to go and see Chrissie and put an end to it all. With Chrissie, Aaron eventually let’s slip to her he was there during the Home Farm raid. She begins to waver over Robert when Aaron lies about how much of a wreck Robert was after the burglary. But later when Chrissie overhears a conversation between Aaron and Robert she’s furious and her mind made up.

Debbie tells Emma it would be best if she didn’t attend the engagement party but Emma warns her what she overheard and tells her she looks forward to seeing her there. Emma’s relieved when Finn keeps quiet to James but it’s clear she’s still got unfinished business regarding James.

Dan tells Kerry he's signed up for a business course. 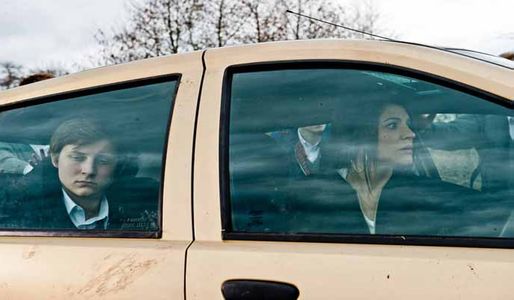