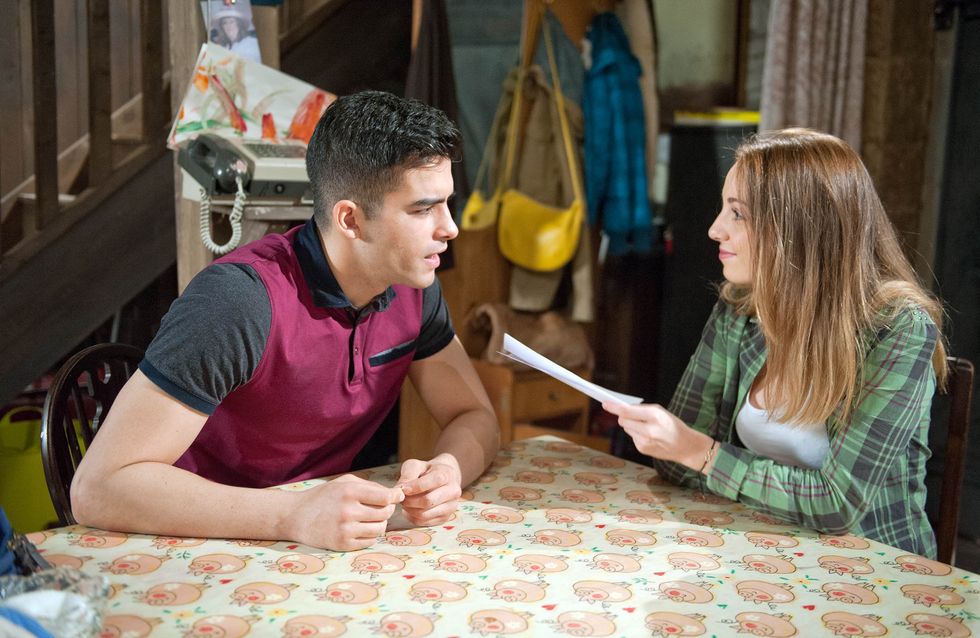 Jai almost catches Megan hiding cocaine in his car. Meanwhile Leyla is optimistic everything is going to plan, telling Vanessa she is going to be moving out soon. Later, when Jai makes a call to his dealer, he uncovers Megan’s plan to stich him up. Soon the tables are turned on Megan when Jai walks in, knowing her game, but she has just called the police to catch Jai red handed. And soon Megan finds herself forced to tell him her news, just as the police arrive and Jai must make a decision.

Brenda receives news from the prison Bob has been in an accident and transferred to hospital. Harriet realises it’s her fault guessing Ged was responsible. Harriet starts to form a plan, resolving to track down Carly.

Lawrence and Bernice rekindle their friendship. Kirin throws his A-Level results in the bin without checking them. Belle reveals her results to Kirin much to his surprise. Kirin remains determined not to go to uni.

Rishi shows the Police into the office. Jai asks Megan for proof but she regards him with utter contempt and storms off. But can Jai convince her to stay?

Kirin gets a business idea when Belle offers him some of her Granny Clegg’s cordial. Soon Vanessa is jealous to see Kirin and Belle doing a taste test together in the pub. Rakesh is crushed his son still doesn’t want to go to university.

Rachel is furious over what has happened at the factory and takes her anger out on a humiliated Sam, hitting him hard in the ribs. She is alarmed to see Sam leave taking Samson with him to the Dingles, distraught she is losing her grip and losing Sam. There is no room for Sam at the Dingles and he feels utterly lost.

Alicia and Priya tease Bernice when they find out she is cooking for Lawrence. Later on, when she is a bit tipsy, Bernice tests the water with Lawrence she misreads a peck on the cheek leaning in for a full snog. But will Lawrence reciprocate?

Brenda thanks Harriet for helping her and Bob out but Bob’s stomach is in knots when Ged wants to exploit his relationship with Harriet realising he doesn’t have much of a choice in the matter. 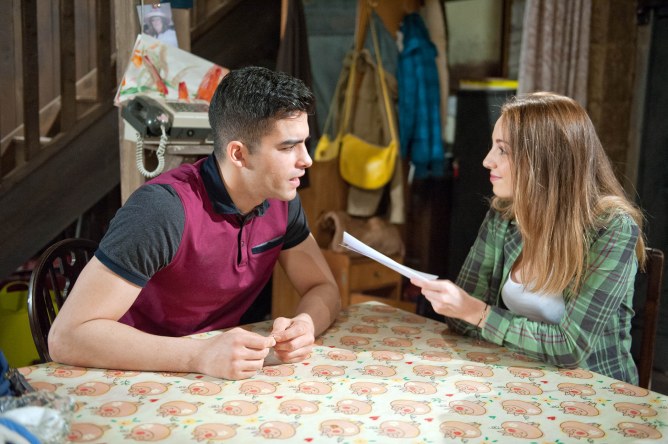