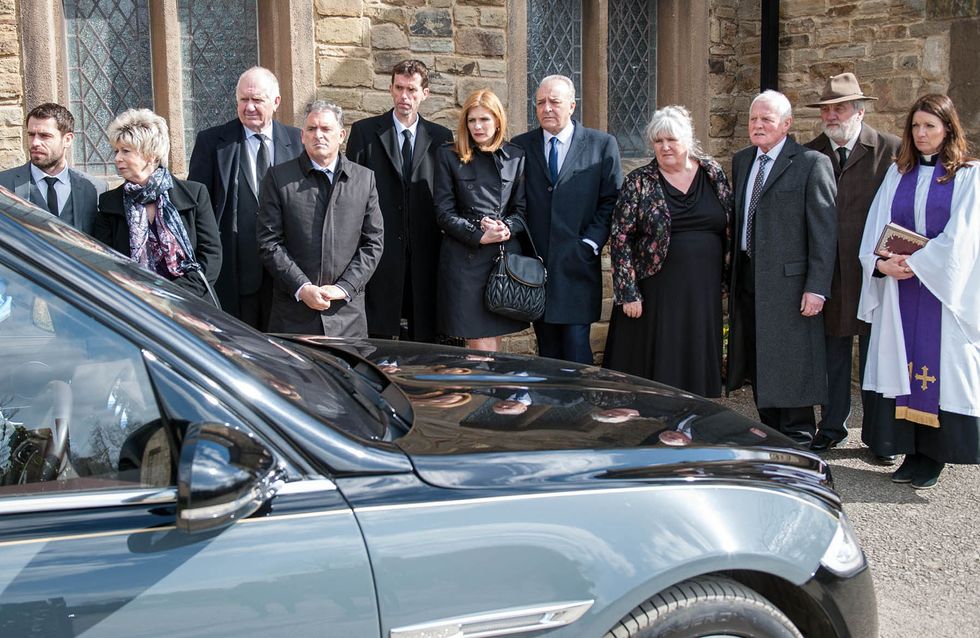 Everyone gathers outside the church.As the villagers share their fond memories of Edna the hearse pulls up. Harriet leads the coffin into the church and begins the service. Ashley sees Sandy is too upset to face it, and follows him out.Meanwhile, Pearl reads her tribute to Edna and the mourners are all emotional as the choir begins to sing. Ashley joins Sandy as he sits by the river and they both say their own goodbyes.

Liv decides to act upon what she heard yesterday and sends a text to DS Wise from Chas’ phone, asking to see him urgently. Jealous Holly tears up Moira and Cain’s anniversary gig tickets and blames Charity. 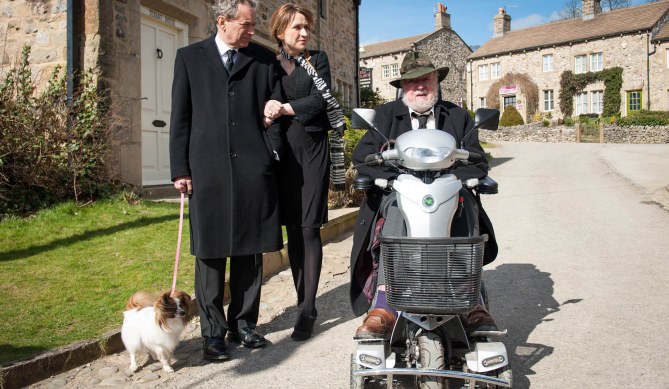