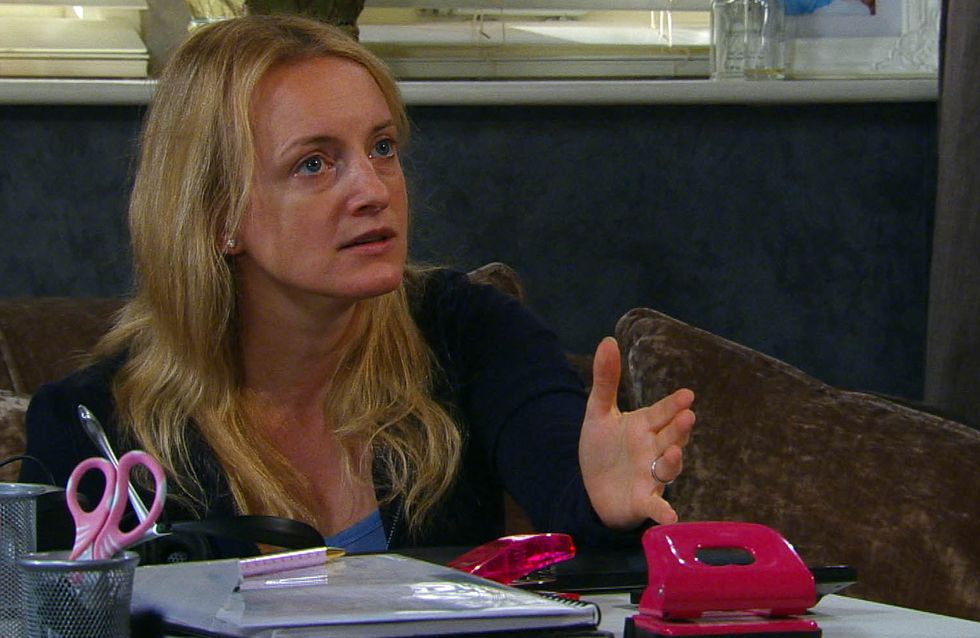 Bernice tries to make Lawrence face up to who he is, when she secretly arranges for him to meet Ronnie in a hotel room. But Lawrence is shocked when Ronnie turns up. Ronnie urges Lawrence to admit his feelings but Lawrence snaps, throwing a bottle at him.They have a heart to heart and Lawrence looks at him fondly for the first time. Lawrence tells a heartbroken Ronnie that he loves Bernice unaware she has left him and is currently heading to the airport.

Nicola’s gloomy and Jimmy tries to cheer her up with talk of sex, but forbids her request to man the phones in the office. Robert decides to take matters into his own hands and when Jimmy returns he finds Nicola has forced Rodney to set her up an office and insists Jimmy goes to Odessa. But is she taking on too much?

Moira’s exhausted after being up all night helping Holly go cold turkey. She admits to James how she is helping Holly and begs him not to say anything to Cain.

​Charity tells Lisa she’s won a spa break for two and is taking Belle with her but is it all part of her scheming plan? Tracy moves her things into David’s and it’s clear they’re rapidly falling in love.​