Emmerdale 14/01 – An angry Emma leaves, but not before heading towards Moira's farm

Moira’s unsettled that Emma knows the truth about her and James. James remains defensive but accidentally reveals Adam is his son, leaving Emma stunned yet again. A furious Emma blames him for losing her family, but she’s left stung as he reminds her of the REAL reason she left. Emma tries to defend her actions but asks if James told her sons the truth. James admits he couldn’t bring himself to tell them. But what was it that Emma did all those years ago? Soon Finn and Ross are gutted to hear Emma has left without telling them. Meanwhile, Emma asks for directions to Moira’s farm but what does she have in store for the woman who ‘ruined’ her marriage?

Megan tells Georgia she has secretly booked her and Jai’s wedding for tomorrow. Leyla is shocked when Megan reveals the change of plan. Megan appreciates Leyla’s help but Leyla’s façade soon crumbles as she deals with her heartbreak.

Lachlan revels in impressing Alicia with his football tactics. David is troubled to think Belle might have stolen some vodka from the shop and Lachlan’s angry to think that he’s not trusted. Soon Lachlan punishes Belle.

Gabby revels in teasing a scared April about Pearl being a werewolf. 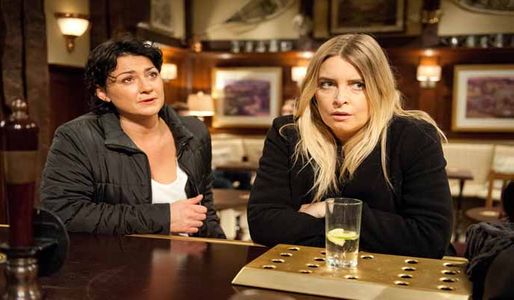