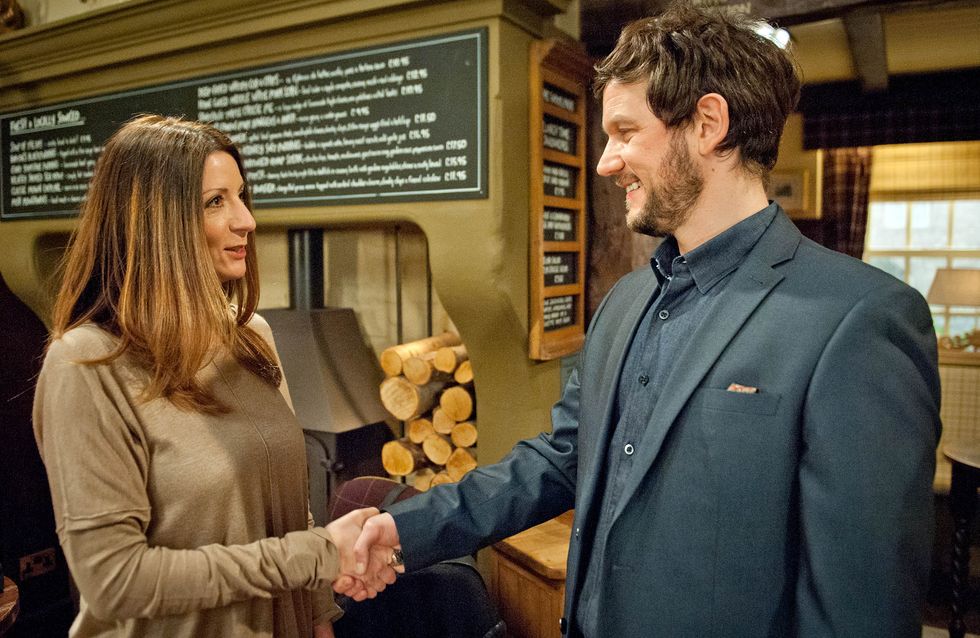 With Charity’s words in mind, Emma has to cover to James when he brings up buying a new place now they have her dad’s money. Ross works out there’s something going on between Charity and Emma and is shocked to learn Charity is blackmailing Emma over hiding Noah. Ross confronts Charity but realises she has him over a barrel too when she tells him she knows a secret….he shot Robert.

Megan’s proud as she shows off a picture of her baby Eliza. Jai’s thrown by her resolve as she insists she doesn’t need financial help from him. Leyla’s taken aback when Megan asks to be partners in the business again leaving her conflicted.

Chrissie’s surprised to learn Andy defended her to Robert as she struggles to hide her growing attraction towards him.

Over at the B&B, Doug’s pleased with himself as he continues his DIY frenzy. Laurel asks him to attend the wedding rehearsal but Pollard’s concerned to realise Doug doesn’t want the wedding to go ahead. He admits to Pollard he’s terrified for Laurel and what the future holds for her and Ashley.

Harriet’s pleasantly surprised to see how good-looking Daniel is after Pearl’s set them up. She sees Ashley and Laurel together and forces herself to arrange to see Daniel again. Robert’s thrown when Victoria tells him Aaron has his plea hearing in a couple of days. Moira covers her sadness as Noah moves out and into the pub. 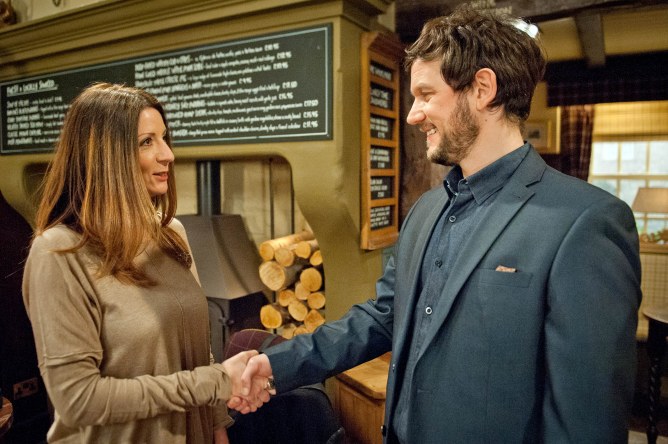