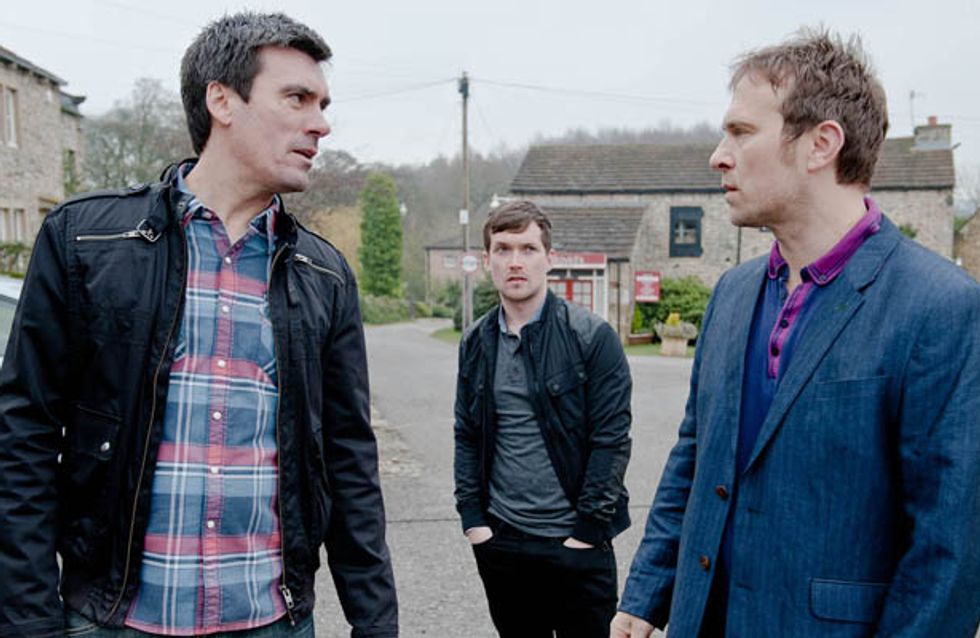 Charity realises Cain is playing her and ignores his warning, sticking to her original plan of marrying Declan. Meanwhile, Declan is looking forward to marrying Charity. Later, at his stag party Declan taunts Cain, claiming he wants Charity and is only marrying Moira because he bought her. Will Cain tell Declan about Charity’s earlier proposition?

Chas confused by James’s odd behaviour at the wedding. Later, James confronts Moira with the DNA test results, which confirm Adam is his son. He drags Moira to the cupboard and she is caught out when he shows her the bag of hidden cash. Adam arrives and James instructs Moira it is now time to tell Adam the truth. Will Moira come clean?

Pete tells Debbie the details of his past assault and they decide to give their relationship another go. But Debbie quickly finds she is feeling unnerved when Ross sees them together. Will Ross ruin things for Debbie just as she and Pete are back on track?
​
Elsewhere, Sean tells Belle he loves her prompting Belle to realise she cannot go through with their plan. Jai is concerned by Priya’s reliance on David and later warns David, Priya is still in love with him.