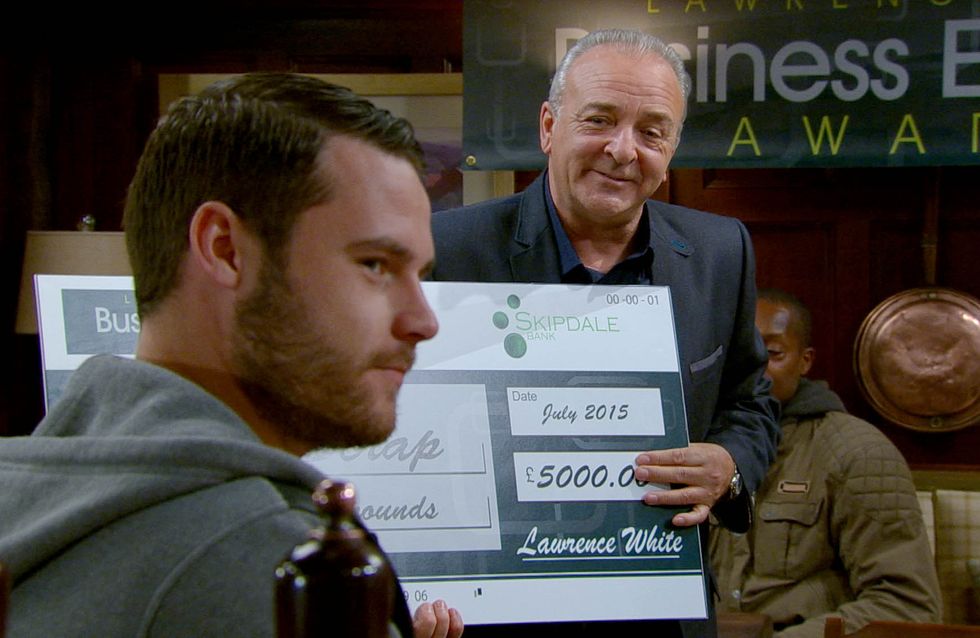 Ross gives Carly an envelope of cash, warning her he will tell Bob she was involved if she speaks to Debbie. Diane’s suspicious when she sees Carly handing Bob some cash and Bob’s filled with horror as he calculates the source of Carly’s money. Carly admits to the crime, leaving him in turmoil over what to do. He confides in Diane who urges him to come clean to Brenda. Meanwhile, at the playground Brenda begins her opening speech for Gennie’s memorial, but when Bob arrives and confesses all, Brenda screams at Carly and slaps Val hard but with Brenda fuming, will she let it lie or will she call the police?

Awkward after a kiss, Tracy and Jimmy are at home when the police arrive to tell Jimmy one of his vans has been hijacked and the driver is an illegal immigrant. Jimmy who was in the dark over Tracy’s lax recruiting, frets desperately hoping Rakesh will offer him a loophole as this affects his insurance. Jimmy tells her they must stay professional from now on.

Moira offers her support with Moses, but Debbie’s mind is on Ross. Meanwhile, Finn’s uneasy as he listens to Pete discuss his night away with Debbie and Debbie’s confusion grows when Ross tells her he’s paid off Charlie and they can be together. With Pete being the perfect partner and father, just what is Debbie playing at?