With Sam having spent the night sleeping in a van, Rachel fears she’s lost him for good, and in a state of doubt, wonders whether she should even go to court. To her relief Sam tells her he will be there for her. Jai is surprised when Megan asks him to do something. Later, Megan tells Jai she isn’t feeling well, but will meet him at court later. Soon after, an angry Leyla confronts Megan and the women hurl insults at one another, but neither are expecting what happens next. Meanwhile, Jai anxiously awaits Megan in court, all too aware his case heavily relies on Megan showing up…

April is confused by Marlon and Laurel’s situation. Paddy tries to make light of the mood. But is Paddy as ‘cool’ with things as he is making out? Later, Paddy tells Marlon he wants to help him move on by setting him up with a profile on a dating app. Are his motives entirely selfless? 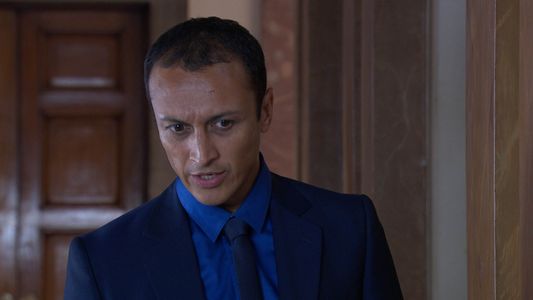 Emmerdale 14/03 – Jai is worried about Priya