Emmerdale 14/11 - Keen For Revenge, Kerry Breaks Into The Factory 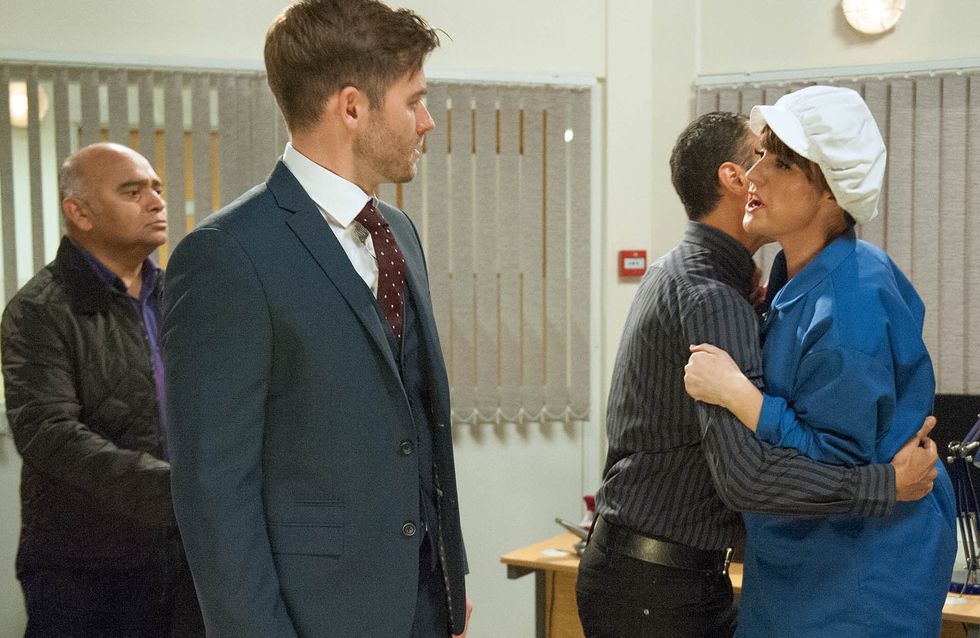 Bernice isn’t impressed George has slept with Kerry at the salon. At the factory Jai prepares the contract for George to sign but Kerry interferes and attacks George for ignoring her. Jai fires Kerry on the spot. However, Priya’s unimpressed by George’s behaviour and sends him packing too. Later, Kerry heads to confront Jai.Drunk and angry outside the factory she eyes the open skylight. Before long Kerry is scaling the building to break in looking for cash. When she can’t get find the cash, she spots a bottle of whisky and seems determined to take back what she’s owed in anyway she can..

Nicola grows suspicious at Jimmy and Bernice’s attempts to pack her off for a spa weekend. Matters are made worse when Bernice helps Jimmy fix a broken tap they are both found in a state of undress by Nicola who assumes the worst. Jimmy tells Nicola he hasn’t been sleeping and she’s affronted at the accusations so swans off to the spa, leaving Jimmy feeling awful.

Diane’s frustrated and angry at being cautioned and Rebecca offers to talk to Lawrence for her. Later, Rebecca tries to defend Diane but will it work? Jai’s upset to see Frank and Megan together as he doesn’t want an ex-convict like Frank near Eliza.​​ 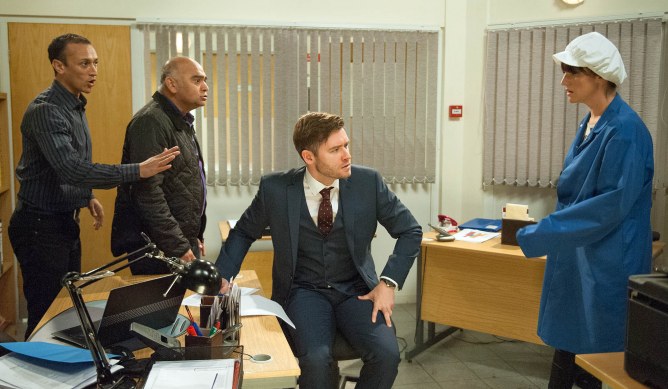