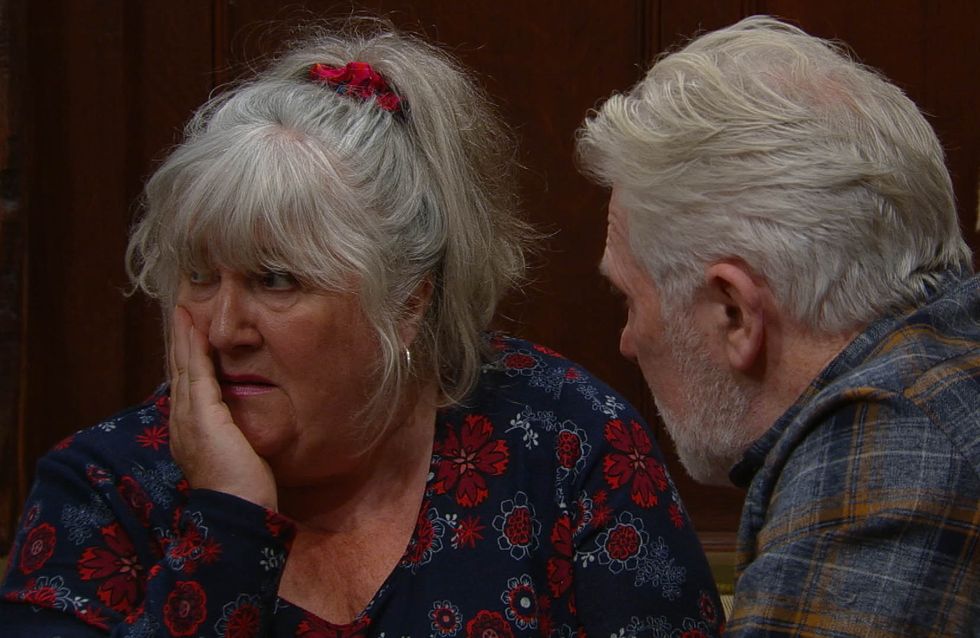 Liv swipes vodka from the shop as she heads off late for school.Rebecca’s amused to catch Liv attempting to break into Mill and tells Aaron what she’s up to. He finds his sister drinking and feels guilty he didn’t listen to her over Gabby being bullied. He hugs her and she begs him to find them a place of their own. She is desperate for them to have their own place. Aaron doesn’t want to use his dad’s money, but Liv implores him to use it for something positive. Later Aaron is furious when Rebecca who is ill informed over Aaron’s past makes a joke how he could afford to buy Mill…

Moira’s hungover and baffled when Adam accuses her of switching the freezer lorry off as their stock will be ruined. Sitting alone in the kitchen, Moira suddenly comes to a decision and heads out. Finding Emma and Pete in the Woolpack, Moira throws her keys at them and says the farm’s theirs. She’s defiant about starting a new life and starts to get drunk in the pub...

Ashley’s puzzled by his carer Will’s presence, but Will offers to play him a tune on his guitar. Seeing how good he is with Ashley, a tearful Laurel finally admits she can’t do it all on her own.

Lisa goes on a date but will it go well? Marlon tells Paddy he’s punching above his weight when he asks what’s going on with Chas. Chas insists there’s nothing going on.​​​ 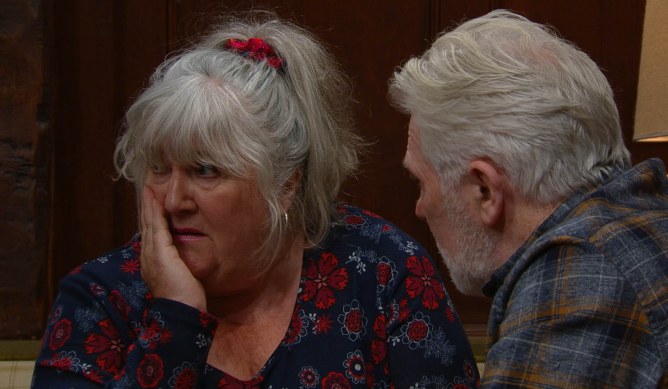