Emmerdale 14/6 - Holly gives in to drugs 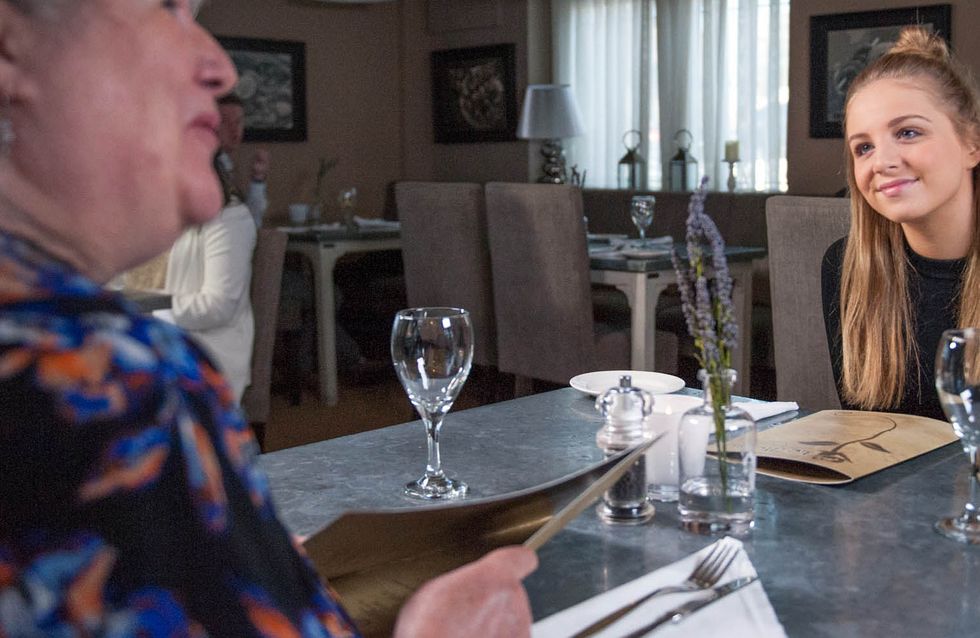 Holly looks after Kyle while Moira and Cain go to the gig but she struggles against the urge for a fix. Eventually she gives in and retrieves the heroin wrap from the bin heading for a barn and leaving Kyle alone. However, when she returns to the house, she finds the door locked and has to break in. She thinks she’s got away with it when she tells Cain and Moira she was taking the bins out but is floored when Cain wants her to do a drug test…

Ashley and Dan plan another poker night in the pirate ship whilst Arthur tellsAmelia and April about his plan to get rid of the ghosts. That night, Arthur, Amelia and April burst in on the poker game ‘Ghostbuster style’ as Arthur’s dust buster suckers onto Dan’s neck. Aprils takes photos as evidence and Jimmy offers to pay Amelia to keep quiet but how will Dan explain his ‘love mark’ to Kerry?

Belle takes Lisa out to a nice restaurant to make up for the trouble she’s caused, but when they get there they find Bailey there with his wife. Chrissie worries she’s caused a rift betweenLawrence and Bernice by finding Ronnie. Andy is gutted when Bernice wants them to keep out of each other’s lives.​​