Vanessa is jealous of Rhona and Paddy's closeness and disappointed they're planning on going away together. So she deliberately rushes off on a call without giving Rhona her next pill.

Rhona panics until Vanessa finally comes back. Vanessa's plan seems to have worked when Rhona tells Paddy she can't go away, before agreeing with Vanessa that he should go away alone. Vanessa's glad she'll get Rhona to herself.

Elsewhere, Marlon asks Sandy to have a work with Laurel as she's still off after the carjacking incident. Sandy suggests she looks on the internet or in pawn shops for her stolen items.

She later tells Marlon she thinks she can trace her attacker, but will she listen to him she he tells her to leave it or call the police? 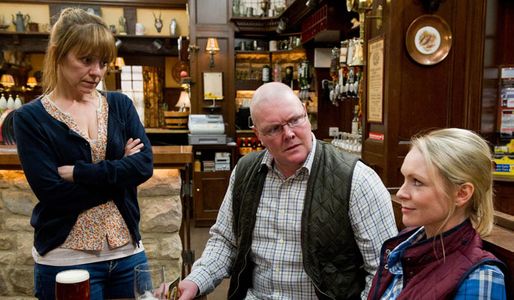 Emmerdale 31/5 - Liv hatches a plan to get at Robert