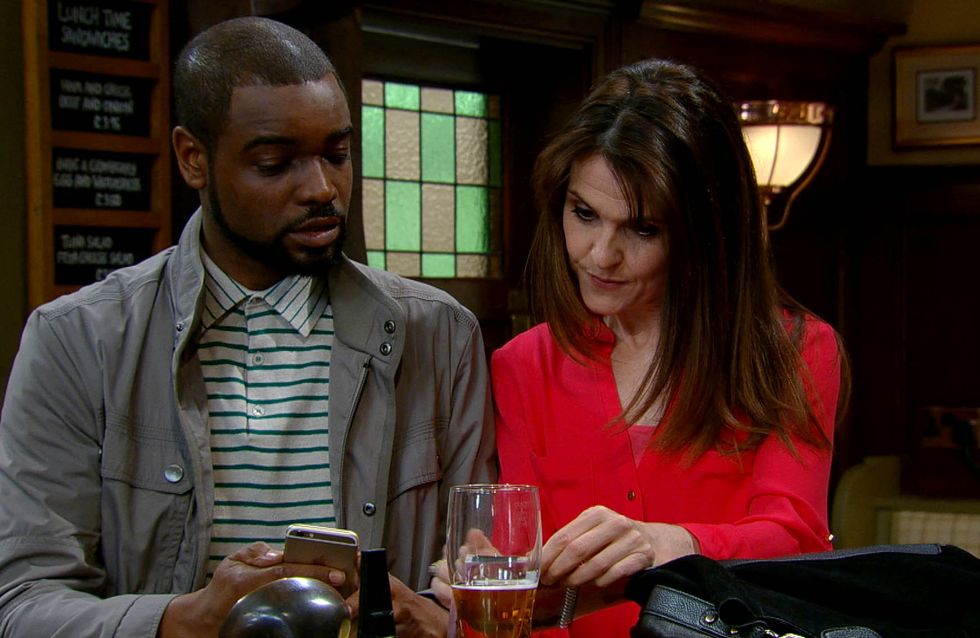 Carly’s worried when Bob tells her the police know about her involvement in the fraud and he wants to tell Brenda about Jimmy’s truck. She pleads with him not to but Bob’s torn. When the police arrive, Carly lies, she is Vanessa. Will Carly stick around and face the music or will she scarper and leave Bob and Val to pick up the pieces?

Debbie’s cogs start turning when Jimmy tells her about the hijacked truck and she confronts Ross who denies it. To his relief Debbie tells him she believes him but he’s left worried when she mentions Charity and Moses’ s dad. He kisses her to try and cover his fears, unaware they’re being watched from afar...

Emma comes home to discover her final divorce papers have arrived and guilt trips Dr Bailey into another date but he’s left uncomfortable with her intense behaviour. She tells Finn they should throw a divorce party, but he knows this would be awkward.

Moira asks Pete if he would ask Ross to be an usher at the wedding so he feels involved but Finn feels uncomfortable. Pollards fumes at Val but soon softens when he’s reminded that he once defrauded his dead ex-wife. Jimmy fires Tracy, explaining he can no longer afford to keep her on. 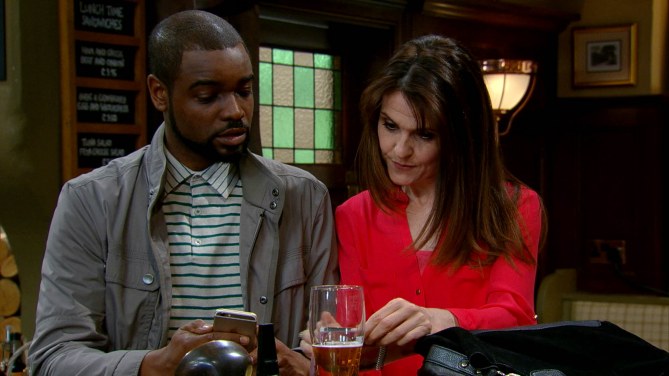