Emmerdale 15/7 - Lawrence is on the warpath 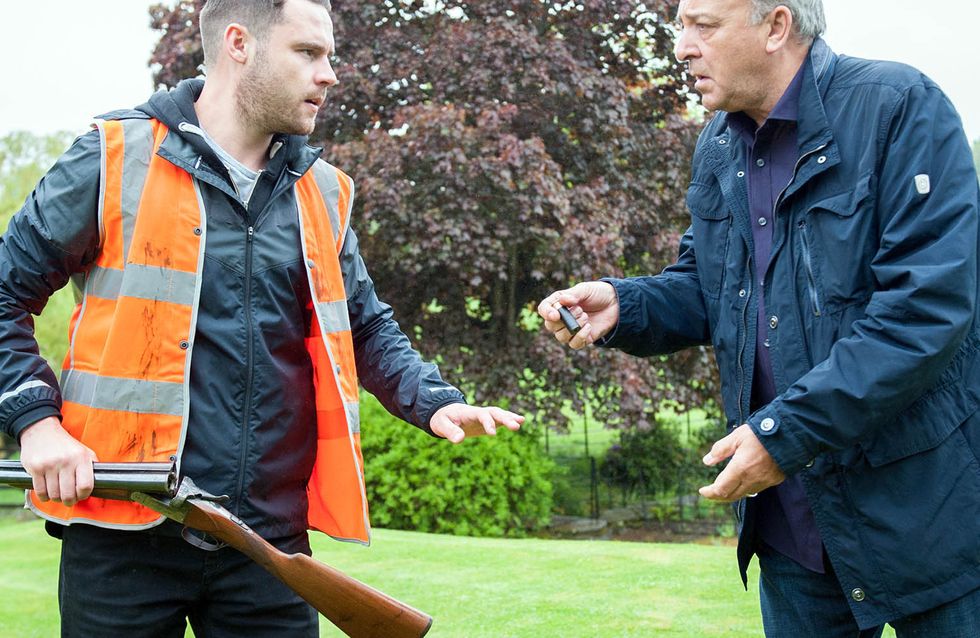 Sam surreptitiously texts Aaron after witnessing Lawrence shooting a picture of Bernice. Soon after, Aaron arrives and wrestles the shotgun fromLawrence. Aaron tries to convince Lawrence he can be happy if he accepts who he is butLawrence warns him people don’t change, suggesting Robert won’t either. Meanwhile, Chrissie is concerned to hear Lawrence has been shooting things but Lawrence won’t let her near him.

Tracy notices Jacob is being off with her. She asks him how she’s upset him and he lies, telling her David finds her clingy and he’s better off without her. Tracy confides in Carly who encourages her to speak to David - Jacob’s just a needy teen.However, Tracy overhears David calling her ‘full on’ and gets the wrong end of the stick. She leaves, missing him saying he thinks she’s brilliant. Priya advises David to hang onto her butTracy has other ideas - she is leaving for Ibiza.

Aaron’s concerned he’s scared Robert off. Victoria tellsRobert to stop creating problems and he decides to call Aaron, but stops when he sees Ryan walk in. Ryan tries to exhort money, threatening to tell the police Robert assaulted him butRobert shoves him against the wall, a glint of evil in his eye... Elsewhere, Charity gives Bailey a job.​​