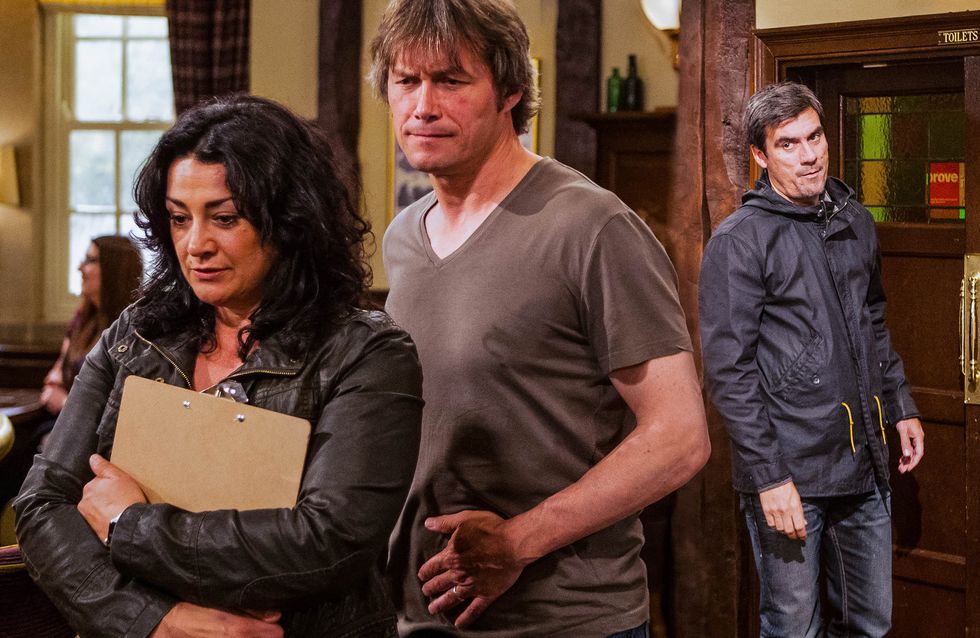 Cain reels from Moira’s divorce bombshell asCharity tries to interest him in a job. He’s not in the mood, however, and chucks her out.Meanwhile, Moira’s frustrated that she still has feelings for Cain and insists to James that they have to get divorced or she’s scared she’ll take him back. Cain’s upset to see Moira and James, which cause him to change his mind about Charity’s offer.

David has a go at Leyla and tells her to keep away from him and Tracy. Later, David’s about to propose again when Tracy’s phone rings. She answers and her face falls. Her Dad is in hospital after a fight in prison.

Marlon and April are gutted when Carly suggests she shouldn’t look after April as much anymore.​​