Laurel convinces Paddy to give her a lift into town but he's horrified when he realises he could have brought her to her attacker's house. Despite his protests, she makes her way to the door and he goes after her. An old lady opens the door and shows Laurel the DS, which she's convinced is Arthur's. The old lady tells Laurel it's from her grandson.

She's horrified when Laurel accuses her grandson of being a carjacker. And then Dean arrives - has Laurel come face to face with her attacker?

Elsewhere, Bob's disappointed when Brenda turns down his dinner date - he was planning to propose. When Dan tries to talk her round, she tells him about the ceremony she's planning for Thursday. Trying to fix it, Dan attempts to persuade Bob to propose sooner. He tries to cover his worry when he finds out Bob's booked a brass band for the day of the ceremony.

Also, Bob overheard Val and Eric talking about their scam and tells Gennie - who then tells Nikhil. Gennie tells them the deal's off, but Nikhil's torn and he asks for 24 hours to run the B&B. 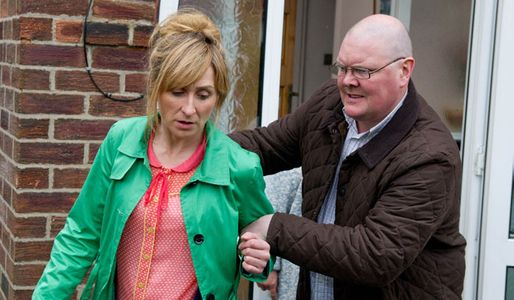