Cameron thinks Cain's making empty threats when he warns him not to get too comfortable with Debbie, but he's shocked when Cain hits him and bundles him into the car before driving off. Debbie sees and immediately starts to panic, distraught that Cain could kill Cameron.

Begging Charity to tell her where Cain's taken him, Chas reels when she suggests they're at the quarry.

Meanwhile, on the cliff top, Cameron fears for his life when Cain prepares to fake his suicide by pushing the car over the edge. Cameron tells him they can sort it out and that he won't hurt Debbie and Sarah, but Cain simply wipes his prints from the steering wheel. Will Debbie make it in time to save the love of her life?

Elsewhere, Nikhil almost tells Brenda his plans to move away but bottles it, before Rishi and Jai give him some documents - they're giving him 25% of the factory. 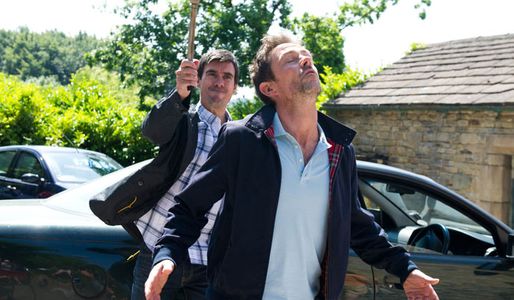