Cameron proposes to Debbie and she's stunned - but knows she has to say yes to keep up the facade. Later, the enormity of the situation dawns on Debbie when the police install surveillance equipment in the house. Debbie tries desperately to make Cameron confess, but will he sense something's up?

Elsewhere, Moira confronts Cain about his disappearing act the night before, but she's stunned when he takes out a lot of money and says it's her if she wants it - she could pay off Declan.

Also, Dan makes Ruby and Ali a special offer and Amy lies to Val and Pollard about the true situation with Joanie. 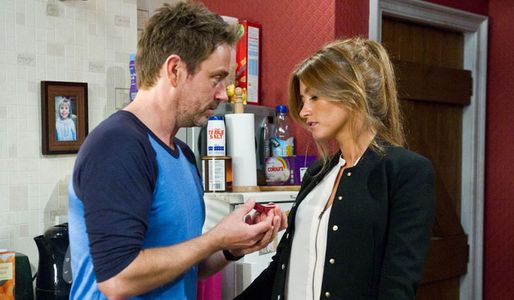