Emmerdale 16/10 – Charity is missing and it looks suspicious

DI Bails arrives and explains to family members how Charity's belongings in her abandoned car have obviously been rifled through.

Charity’s welfare and life becomes further at risk when her captor, the only person who currently knows her whereabouts, has a life threatening accident of their own. Will the captor mention Charity and her location, to someone else in the nick of time?

Priya and Rakesh are happy about their new situation, they are secretly dating and Rakesh tells her he has encouraged Kirin to cool things with Vanessa, unaware he's listening on the stairs. Later, Kirin's lets Rakesh know he has knowledge against him as leverage.

Doug’s vlogging is not smooth sailing.
​

Charity has collapsed, breathing only shallowly as night draws in. Someone arrives at the site of the container but after hearing Charity’s cries despite having found her, takes the decision not to save her and departs. Will Charity make it through the night or has her only chance of survival just left the scene?

Kirin is pleased to get his way when Rakesh gives him money for a trip he asks for. However, Kirin uses the money to buy a flash new car, infuriating Rakesh. Has Kirin pushed his father too far this time?

Diane feels sorry for a miserable Doug as he reads abuse from his followers after his mistake. He is gutted telling her his sponsors have now also pulled out.

Jimmy and Rodney struggle to keep the business going whilst Charity is
missing. 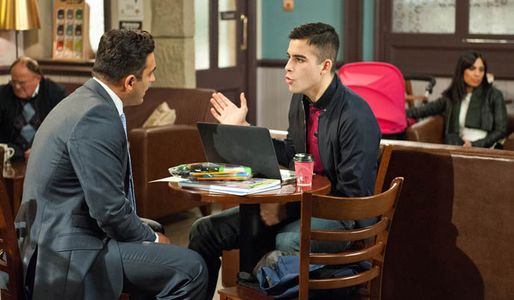