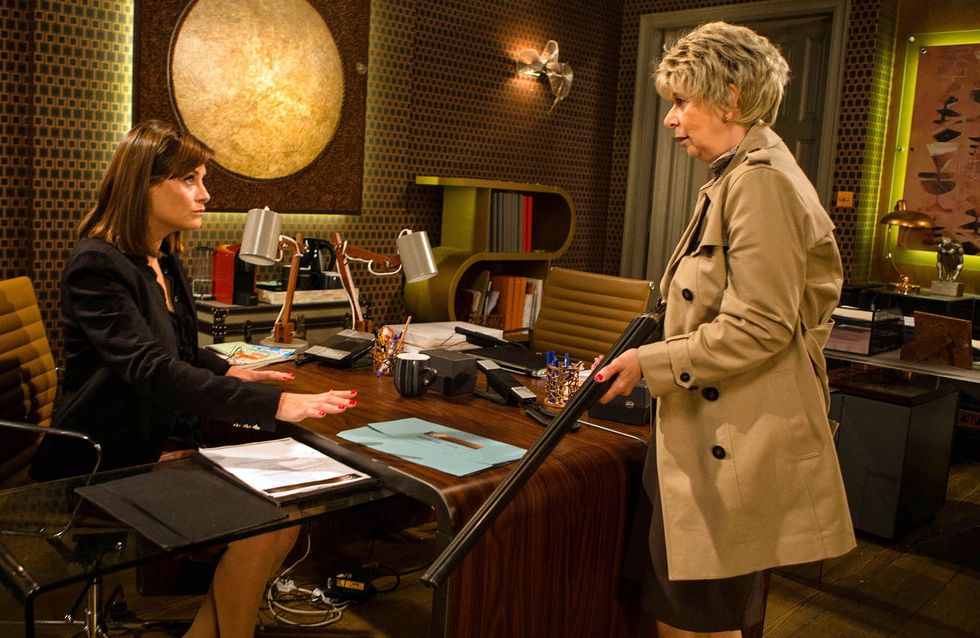 Diane is disgusted by Robert but he’s pleased she didn’t hear everything. Diane tries to talk to Chrissie, but she threatens her which leaves Diane seething. Soon Diane heads up to Home Farm to reason with them but feeling utterly frustrated grabs the shotgun that Lawrence has foolishly left out. As Diane takes her aim, Chrissie implores her not to,explaining it all before breaking down admitting she’s even scared of her own son. Chrissie is totally unaware Lachlan is secretly filming them. Later, a menacing looking Lachlan re-watches the footage again and again of his mother’s betrayal..

Rakesh warns Jai he should settle with Kerry because it will be a gamble if he goes to court. But will Kerry accept his deal especially when Jai starts trying to tip her out of her wheelchair? Dan is not impressed and later confronts Kerry urging her to do the right thing for once.

Rodney’s suspicious of Bernice’s eagerness to help Jimmy. Soon Nicola returns and it’s clear she wants Bernice to go. Later at the Woolpack, Rodney probes Bernice’s feelings for Jimmy but strikes a nerve and she snaps at him. Megan’s cynical after learning of Frank’s conviction but Leyla encourages her to give him a chance. Will she?​​ 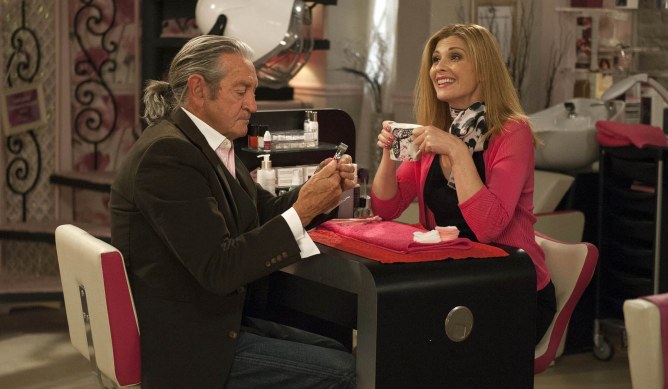