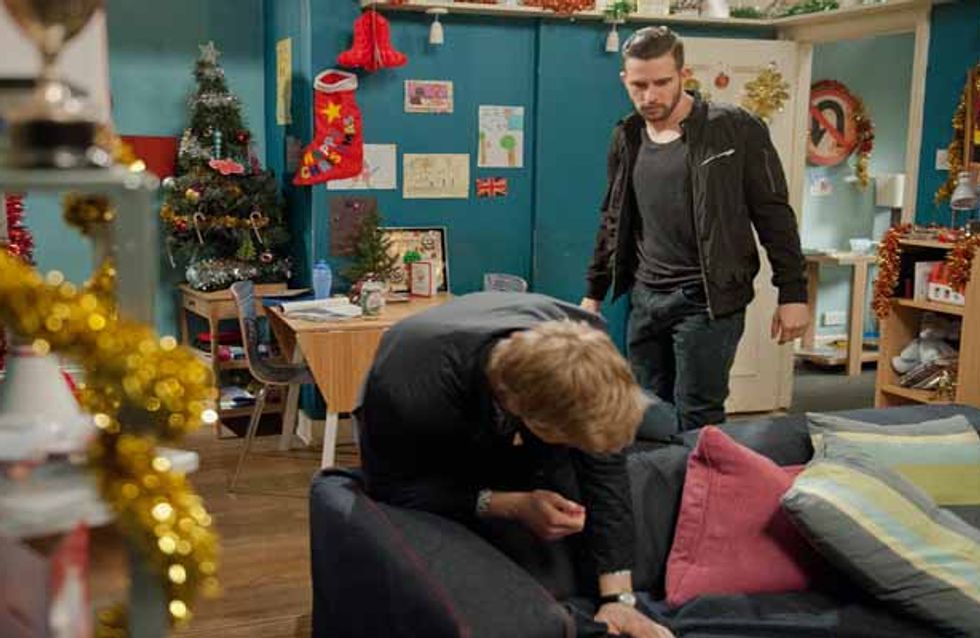 An excited Moira arrives home with Adam. Later, in the pub Aaron joins Adam as he enjoys his first pint, eager to catch up on everything he's missed. He's shocked to hear about Aaron's dealings with Ross. As Adam, Aaron, Andy, Moira and James enjoy a few drinks, Ross arrives and makes it clear he isn’t going to make Adam’s return easy. Meanwhile, Adam tells Victoria he thought about her a lot in prison and insists he will win her back, whatever it takes.

Robert panics when Chrissie suddenly recognises Ross's voice from the robbery and wants to call the police. A desperate Robert tries to calm her, knowing he has to act fast. He goes to see Ross, telling him Chrissie knows. Ross threatens him he will drop Robert in it if Chrissie calls the police. Soon Ross and Robert are slugging it out. But can they find a way out of this?

Jai and Megan return home with Archie. Jai confides in Rishi how Archie is taking a while to settle with him, envious of Megan's bond with his son. At the factory, Ali's concerned Rachel didn’t get in touch on Archie's birthday knowing it’s totally out of character and Jai struggles to hide his guilt as she insists something must be wrong. Later, Jai tells Megan about Ali’s theory and how he agrees with her, worried he never asked enough questions when he took Archie. Soon, Megan goes to see Ali and invites her and Ruby to a birthday party she's throwing for Archie. It’s clear Megan’s got a plan in action to put Ali off the scent.

Andy tells Robert to stay away from him and Katie, insisting he's not welcome at the wedding. Marlon's encouraged with April's progress but Laurel struggles when she wants to spend time with Ross. Laurel is incredulous to learn Marlon has spoken to Harriet about their problems. It’s Belle’s first day at work and Zak dares to hope. 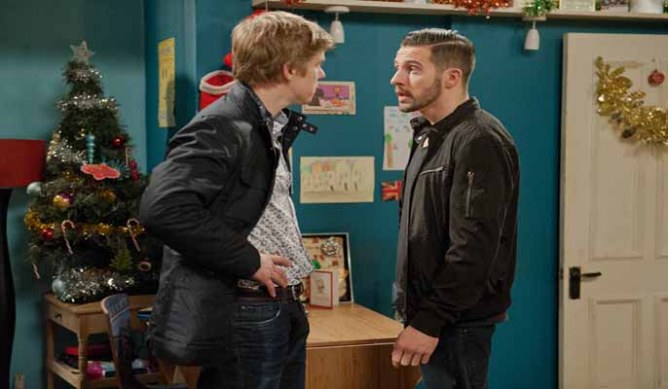