Emmerdale 16/12 - Paddy's Turning Into A Womaniser 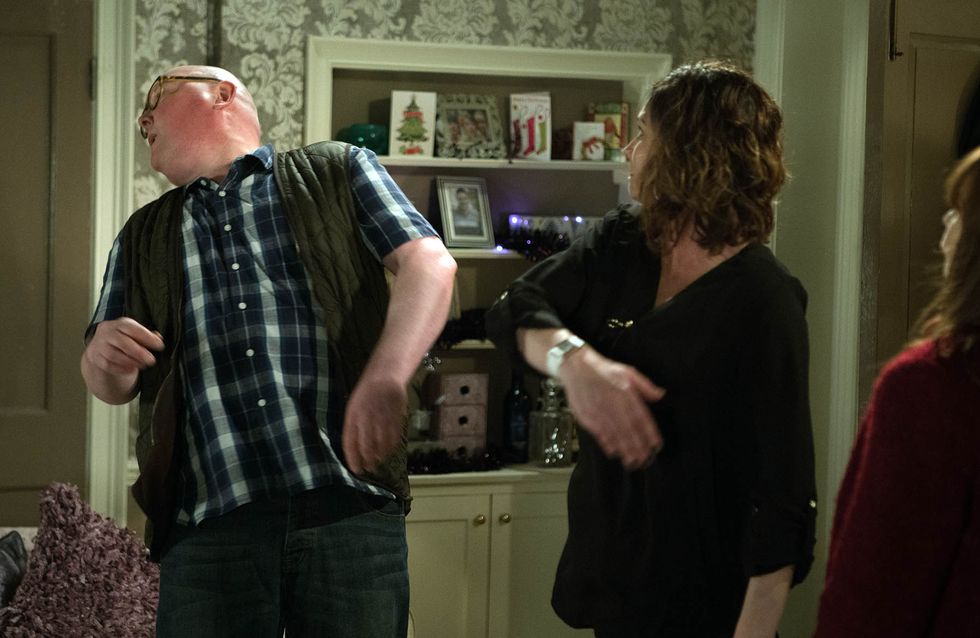 Arthur's surprised and happy when he sees everyone at the pirate ship, ready to have fun with nerf guns. Laurel's pleased to see him happy but soon things go wrong when a confused Ashley becomes distressed and ends up falling, hitting his head.

Leyla's exasperated at Tracy and ends up blurting a truth. Later, Leyla overhears David telling Tracy if anyone should move out it should be Leyla and she's hurt as she goes to get her things.

Paddy's got a sore cheek from being slapped as he tells Chas about Rhona rescuing him from Lydia who it turns out was a bit predatory and over keen. But Lydia suddenly arrives and this time it is Chas who steps in to rescue him..

Later, Paddy's hopeful there might be something more between him and Chas but is there?

Aaron tries not to be jealous as Rebecca asks for Robert's input once again. Vanessa's surprised when Moira arrives with a bottle, suggesting a chat and it's clear Moira's trying to avoid going home.​​​​ 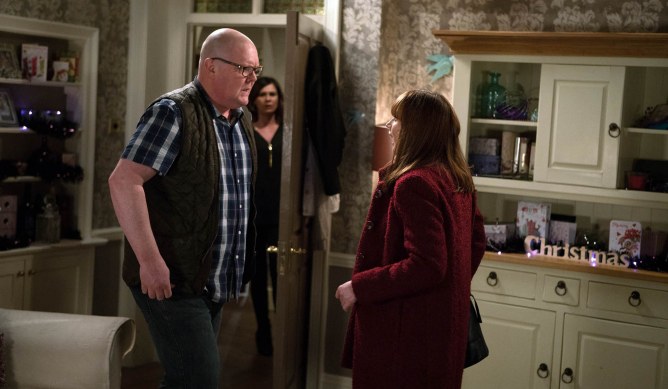