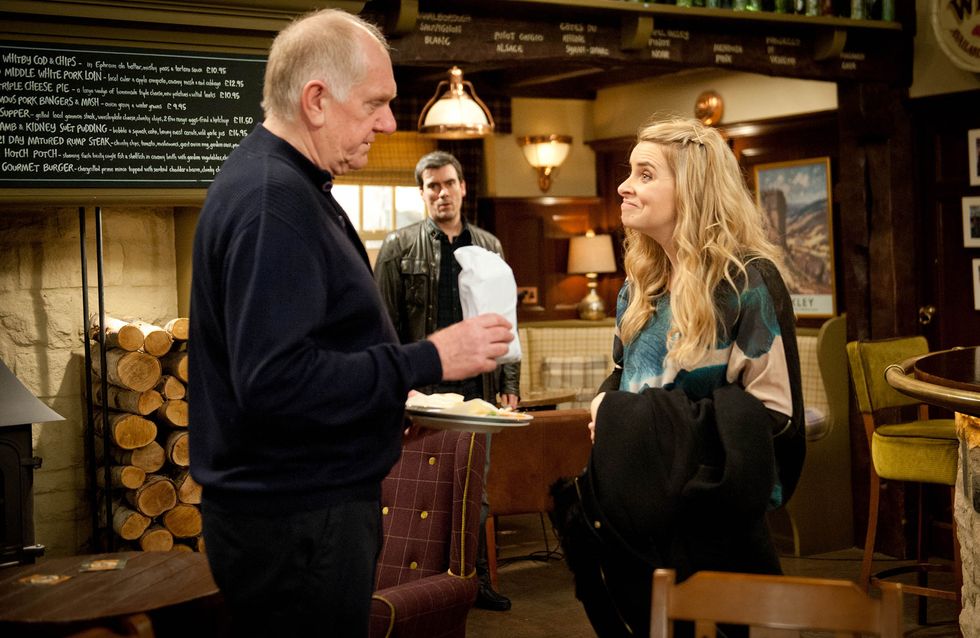 Cain seethes to think Gordon's defaced Aaron's car but his face falls when PC Swirling places the garage truck near the jewellers that was robbed the previous day. Robert turns up at court and Aaron's unable to hide his happiness, though his face falls when he sees Gordon behaving like he's seriously ill for the court's benefit. Gordon strikes a pitiful figure and pretends to collapse. Aaron can't believe it but will his father's scheming help Gordon’s case? Meanwhile, DS Wise tells Chas that Gordon has an alibi and couldn't have defaced Aaron's car but as a hidden figure watches on from the shadows, it's clear someone has a score to settle, but who?

Doug's frustrated when Charity says she'll get the pub money sorted. Ross soon pays her with his ill gotten money, and later she gives Doug some cash, telling him to consider it as a first instalment but Cain’s wary and questions Charity about the robbery. Can Charity get Ross on side and can he be tempted by her dodgy business offer?

Andy's on edge and takes things out on Chrissie. He later apologises saying he likes her a lot but that it's going to get messy and says she doesn't need it. Is this the end before it even got going?

Laurel's still angry about Doug not writing his wedding speech and he's shocked when she says she doesn't want him at the wedding. Will Pollard give Doug food for thought? Moira touches a nerve with Cain about him mellowing in his old age. 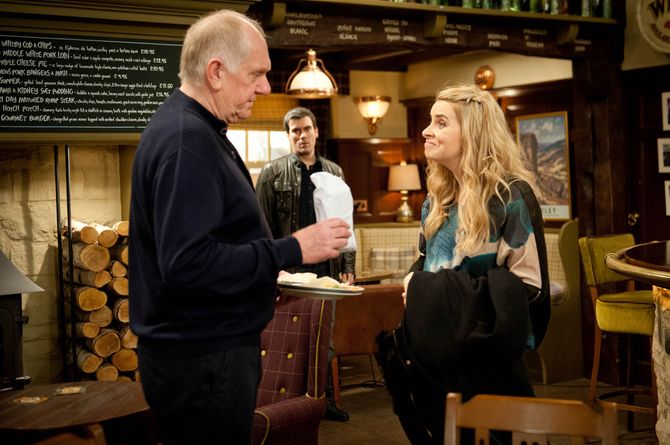