Home / Soaps / Emmerdale Spoilers and Emmerdale Gossip 2015 / Emmerdale 16/8 - Frank gets two visitors, both unaware of the other

Emmerdale 16/8 - Frank gets two visitors, both unaware of the other 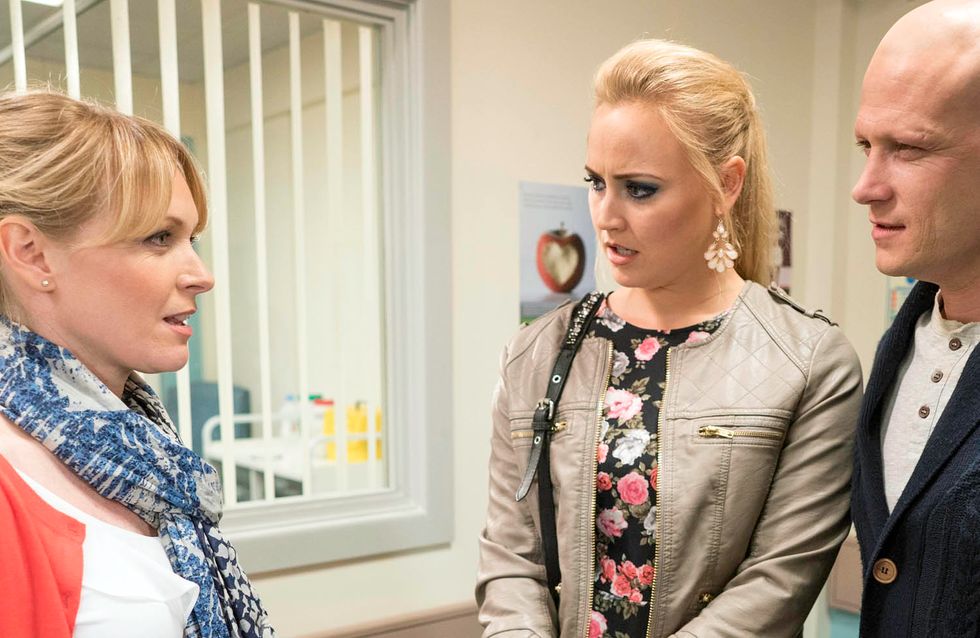 Leyla and Rhona urges Vanessa to go see her Dad. She shuts down the conversation but there’s a sense they’ve hit a nerve. At the hospital, David goes in for his last chemo session and encourages Tracy to go visit her Dad but she refuses. They carry on, just missing Vanessa who has changed her mind. Frank’s delighted when he wakes to find Vanessa at his bedside. He tries to win her round, but blows it when he mentions a holiday they never took together. Suddenly, he falls unconscious. Finished with chemo, David again urges Tracy to see her Dad and she reluctantly agrees. Vanessa meanwhile tells the Doctor’s she doesn’t want them to contact her about Frank. She bumps into Tracy and David on her way out. Tracy carries on to see herDad oblivious. She’s upset to discover Frank’s in a coma and she’s the second young lady to visit him. Back in the café, Leyla’s worried when Vanessa insists her Dad is dead to her now.At the shop meanwhile, Tracy confides she was scared to see her Dad hurt, but is determined to go back to talk to him.

Furious Carly isn’t looking after her, April tricks Pearl into the cupboard and locks her in. April then finds Carly and asks why she doesn’t like her any more. How will Carly explain herself and will poor Pearl be released from the cupboard?

Charity offers Ross a quarter of the profit if he finds a job for her to do with Cain but goes back on her promise when he come through for her. Lachlan and Liv bond over having rubbish fathers. Chrissie hints to Rakesh things will get messy if he doesn’t tell her the truth.​​