Laurel angrily refuses when Paddy tells her she has to tell Marlon about yesterday. But when Marlon comes in and wants to know what's going on he's shocked and angry to hear what happened. Paddy leaves and Marlon tells Laurel he's upset she won't let him help. She tells him he should have manned up to Cain before storming out, determined to take action.

Elsewhere, Dan's stuck in the middle when both Brenda and Bob need his help with their separate plans. Bob worries when Brenda tells him she has plans tomorrow. Dan has no choice but to stop a down-in-the-dumps Dan from cancelling the band, promising he'll get his proposal.

Also, Nikhil's gutted when Gennie's adamant the B&B isn't the future she wants. Brenda tries to persuade her otherwise, while a glum Nikhil tells Val and Eric they won't be putting in an offer…before Gennie enters and tells him to buy it… 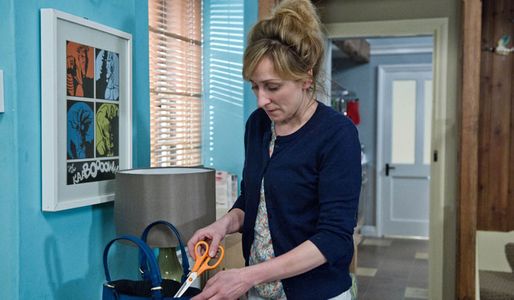