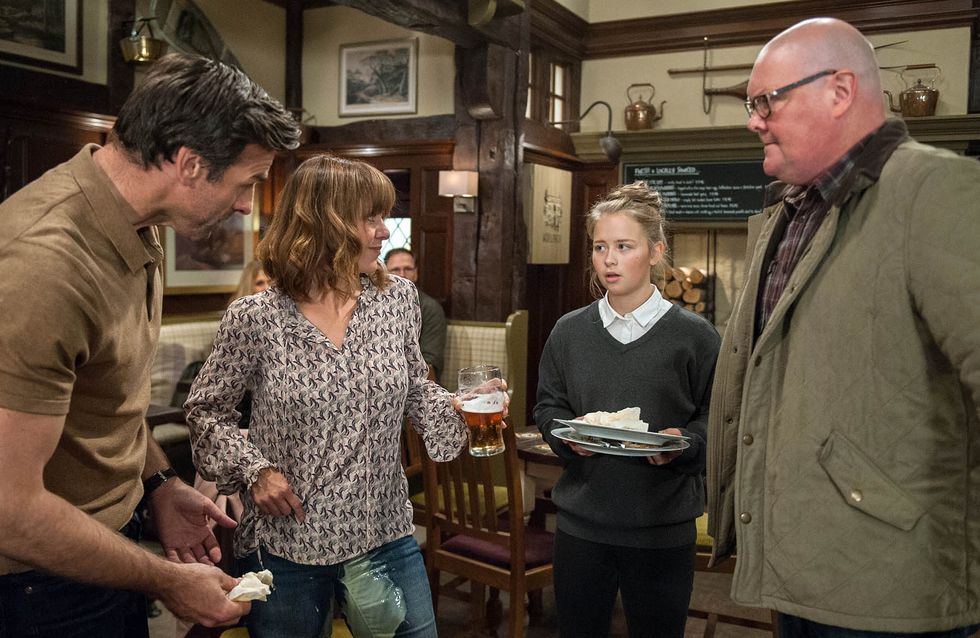 Chrissie’s worried a subdued Lachlan’s not at school and Lawrence sends Rebecca to look in the village for him. Using this to her advantage, Rebecca works on Lachlan,telling him none of this is his fault but urges him to go to the police. Rebecca calls Chrissie and pretends she hasn’t seen him. Later, Chrissie and Lawrence are stunned when a police officer turns up at Home Farm. Manipulative Rebecca smiles, but has her plan worked?

Happy with life, Frank takes Megan out to a nice restaurant but he’s left unnerved when the waiter, Bobby, recognises him. Bobby corners Frank on his way to the bathroom and blames him for ruining his life. But what did Frank do that was so bad?

Jai’s riled to see Kerry in the factory demanding three grand not to take them to court.Harriet’s disappointed the Church’s Christmas lights don’t work so Bob and Brenda plan to put up a collection tin in the café instead. Pierce is narked when Paddy starts giving him advice on how to help Rhona manage her pain without pills.

Lawrence calls Ronnie to supervise Lachlan as Chrissie wavers over whether to confess herself. The police interview starts and Lachlan seems determined to come clean but make the shooting seem like an accident. However, Chrissie’s soon left distraught…

Liv accidentally spills hot custard on Rhona and is humiliated when Pierce andPaddy have a go. She teases Paddy about trying to get in Rhona’s good books and it’s clear she’s hit on something. Later, Rhona is pleased to get flowers from ‘P’, thinking it’s Pierce but Pierce is left paranoid when it’s revealed he didn’t send them and suspects they’re from Paddy…

Frank covers to Megan. Liv persuades Brenda to buy make-up online and flog it to raise money for the lights. Bernice is fed up with Kerry and fires her from the salon.​​​​​ 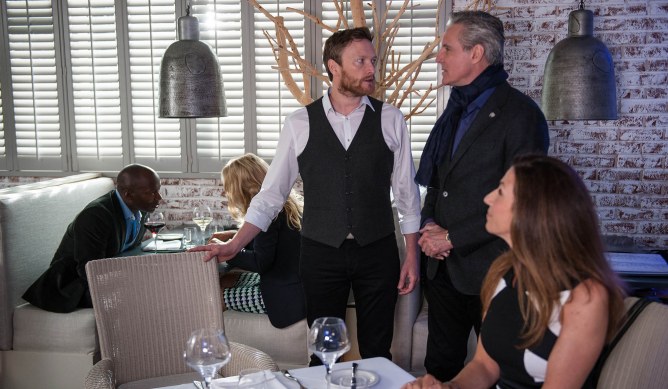