Emmerdale 17/12 - Emma's hell bent on getting access to Moses 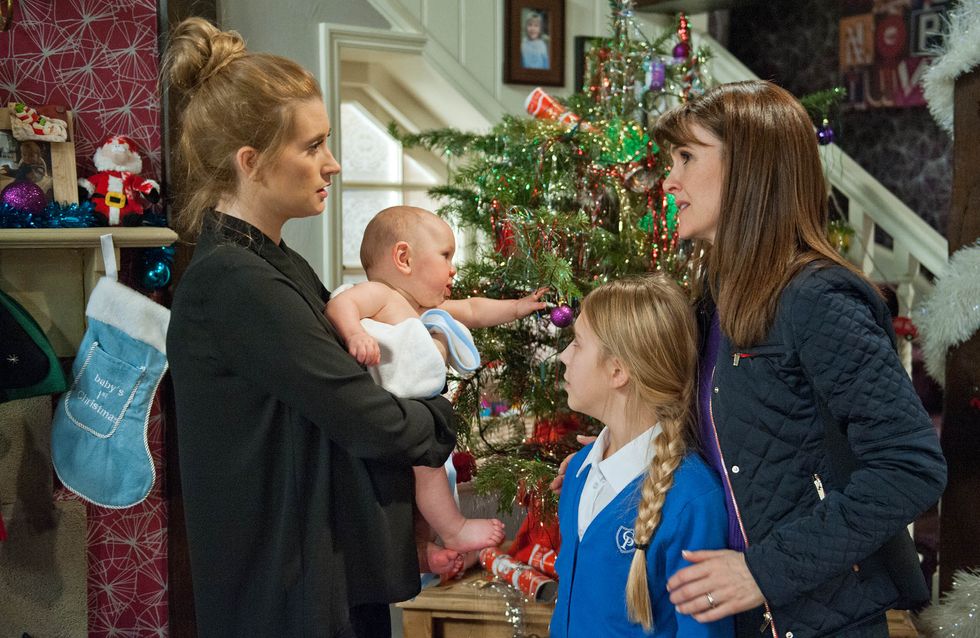 Emma is still fuming at Debbie for cutting Moses out of her life and seems determined to gain access whatever it takes. A determined Emma pulls a sickie which leaves James curious as to what she is up to. Emma is clearly up to something as she drives off out of the village. Soon Emma is in the prison visiting room sitting opposite Charity asking a favour. Emma is hoping Charity will hand over full custody of Moses in exchange for a favour but how will Charity react to Emma’s offer? Could Emma have met her match in Charity? When Emma returns to the village she is soon drunkenly haranguing Debbie who is inside with Sarah bathing young Moses. Emma shouts abuse up at the bathroom window, spoiling for a fight. When Emma takes it one step too far by entering the house, Debbie leaves the bathroom to deal with her. Suddenly Sarah screams and Debbie is horrified to realise something's happened to Moses in the bath...

Zak feels wretched for having kissed Joanie when he loves Lisa. Joanie hurries out to work, however, the strain of working alongside Lisa starts to take it's toll and soon Joanie lies she's found work singing at a posh hotel. How will Zak feel about this?

Diane organises a valuation on the pub for the next day but isn't looking forward to telling Chas about her plan. She's also nervous about her chemo. In the hospital, she tells Gordon what she’s planning for the pub. Whilst Gordon admits he's thinking of getting in contact with Chas and Aaron but needs her help.

Laurel is sad to receive the divorce letter and she and Marlon discuss moving on over a coffee, but Laurel is crestfallen; Kerry and Laurel are amazed to see Jai working again in the factory but on the factory floor. Jai keeps his head down determined to do this right. Dan tries to reassure a nervous Kerry about her upcoming eye operation.

Debbie is panicked over Moses who has been pulled from the bathwater. Will Moses be okay as later paramedics are called?

Diane gently tells Gordon it might not be the right time to make amends and he's left reeling when she tells him about what has happened recently to Chas .Will it stop Gordon from making contact?

Dan tries to show Kerry how simple her operation will be by demonstrating with a doll's head and some tomatoes. Will this have the calming effect he was hoping for? Later, at the hospital, Kerry's terrified as the doctor preps her for surgery, he turns round to find she has gone. Having legged it from the hospital Kerry runs into the glass doors, falling on her back as Diane sees her. Determined not to have the operation, she goes back home. Later, Dan tells her he's managed to reschedule the appointment for her and he'll be there to hold her hand. However, will it quite go to plan for Dan?

Laurel’s nervous ahead of her speech so Nicola comes up with a plan. Joanie rings round for work, willing to do bar work or cleaning eager to move away from Zak, lying it’s what she really wants. 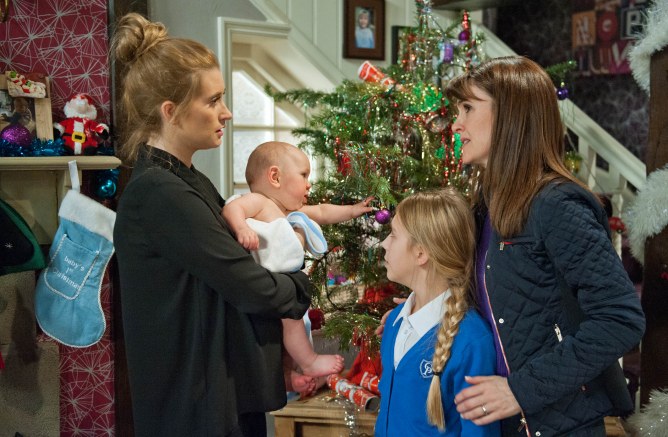